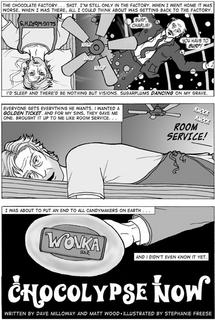 Two great tastes that taste great together. Where were you on 9-11? I was at the Sony Metreon in San Francisco watching Apocolypse Now Redux. Enjoy.

Thanks to Boing Boing for this.

No Comments on Up the River of Chocolate 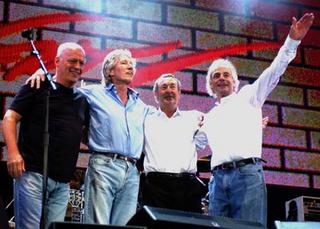 I don’t have cable, but that didn’t stop me from downloading the Live8 Pink Floyd set. Damn, that set moved me to shivers and tears. I have been a fan, since my dad brought home Dark Side of the Moon in the early 70’s. I remember fondly taking lots of acid with my friends and seeing the not so complete Floyd, live in 87 in Oakland, in the rain. Many a fabulous evening has been spent indulging in their many sounds.

I love pre-Dark Side just as much as post-Dark Side. I was never quite pleased with how often the performed the entire album show after show in the 70’s though. And I do feel that Nick Mason is a mediocre drummer at best. Still, they are one of my favorite bands. I look forward to a tour? Come on guys, do it for Syd!

No Comments on Something I never thought I would see