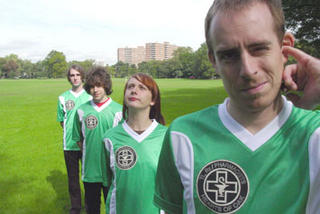 I actually like Ted Leo and the Pharmacists. I saw this video they did where Ted starts off singing “Wheels on the Bus” to this group of kids, and then he’s on stage with his band rocking out to one of his tunes; I’m not sure which one because I’m still new to his sounds. The kids were pogoing everywhere. Too cool. I’m a geek, aren’t I?

Anyway, if you like this guy, or don’t know who the hell I’m talking about, he has mp3s on his site, here.

No Comments on This may sound messed up, but…