Do you think this is an addiction 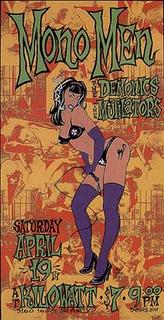 I had to go downtown in SF yesterday to renew my benefits for the school district. I’m a teacher, but I’m not tenured, so I have to renew every year for the first three years. This was the last time I need to do this. Anyway, I passed by Artrock; I couldn’t help but step inside, it was calling me by name. I don’t get paid until October 1st, and it’s my wedding anniversary along with my wife’s and my birthday this month; so, I was being a bit selfish and bought the two above posters.

The first one is by SF artist Mark Arminski. It’s for a Patti Smith/Allen Ginsberg show in Ann Arbor, Michigan. I love the Yin yang concept for this poster. It appears to be showing the relationship between the punk which is in music, and the punk in prose.

The second poster is by Alan Forbes. I’ve been a Monomen fan since their early Estrus Records days; alcohol fuel injected rock and roll!!! The show takes place near my house too. The Kilowatt is still open too; a rarity in SF. This piece shows Forbes’ Coop influence. If only the model was larger all the way around.

Link here to a site for Forbes. 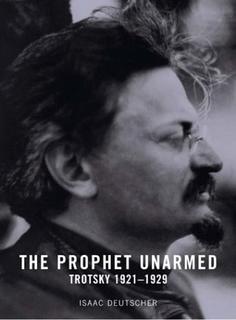 Some of you may know already that Black Sabbath actually started off as a pro-Christian band. It’s true. As a matter of fact all you need to do is listen to some early lyrics. Take for instance “War Pigs”. Don’t take my word for it, check out this great Flash presentation, and sing along for yourself.

Thanks to Hawkeye Joe for this great short. 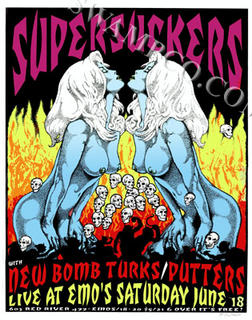 As many of you who read this blog know by now, I collect concert posters. Two recent posters I purchased from Artrock in San Francisco are shown below.

Take the time to check out premire poster artist Lindsey Kuhn’s site here. His work is unprecedented. His well known for his swampwoman series. The poster above sells for $1000.00 today.

My next poster purchase comes from Kuhn. It’s the “Season of the Witch 2” series; five posters put together to make one image.

If you haven’t seen the site for the new book “The Art of Modern Rock”, do yourself the favor and check it our here. 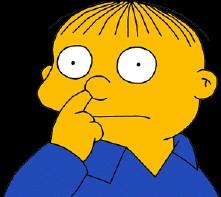