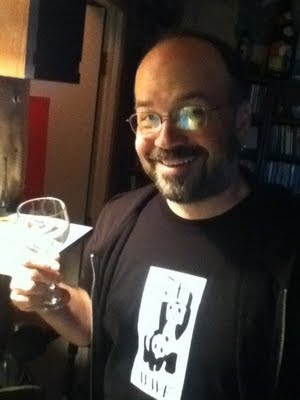 CTP is my guest.

White Punks on Dope: The Melvins

For Goodness Sakes, Just Look at Those Cakes: James Brown

Show ’em Whatcha Got: Public Enemy
By The Time I Get To Arizona (Whipped Cream Mix): The Evolution Control Committee

No Comments on A Season in Hell #37: Radio Valencia: Yo Snarky!

For the past few years Christopher T. Palmer, better known as CTP has been covering the earth with his simple, black-background, quirky-worded buttons. The best thing about these buttons is that most of the sayings were offered to him by friends, which he quickly turned into the feeling you end up wearing on your sleeve…or collar. You get the point. His site, Snarky McFuck Buttons is a must visit.