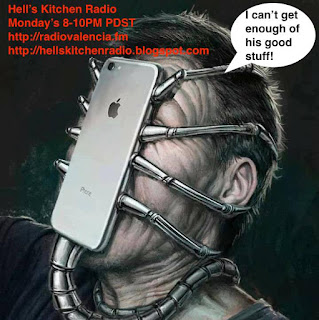 Stream the Musical Encyclopedia, HERE!
Download the Training Manual, HERE!
Listen into all my shows here.
You can subscribe to my show through iTunes here.

When you start out in non-commercial radio today there’s such a learning curve when it comes to deep musical knowledge and history of the many genres one can investigate. When I started in 1988 I never thought that I would be able to conquer that mountain of musical mayhem. Almost 30 years later I find that I have a fairly intimate knowledge of many genres: early Jazz, Bebop, Post-bop, Chicago Blues, 60s/70s neo-Punk, 70s Classic Rock, 60s/70s Underground Funk, 60s American Psychedelia, Kraut Rock, 2000s Stoner Rock, all-things James Brown, Miles Davis, Grateful Dead, Melvins, and on and on and on…

I really feel for the new breed DJs who want to break into this scene today. There’s just too much damn great music to listen to. I was looking at a collection of digitized music of mine recently, and I cannot believe how much I haven’t even spent time listening to and getting to know on a deeper level. What the hell is wrong with me?!?!?! I really think that I need a gofundme for people to contribute to so I can take time off work so I can be able learn all this music to better entertain you.

There’s a world of great music out there to enjoy. I appreciate you tuning in every Monday night, and/or streaming/downloading these shows to help you broaden your musical horizons.

Stream the Barbie Radio Beach Party, HERE!
Download the latest plastic fashion trends, HERE!
Listen into all my shows here.
You can subscribe to my show through iTunes here.

What was your favorite childhood toy? I used to love my Space 1999 spaceship. Loved it! I loved it more than the Star Wars toys I accumulated, probably because I really didn’t care so much for the Star Wars franchise. I know, I know, shoot him now! I was more of a Trekkie. Did anyone own a Barbie? Did you own more than one? Did you own a Ken? Did you make them swap clothing? Did you have them make out? Did you take them apart and turn them into grotesqueries? My guest Monday night is all about turning Barbie and her friends into works of contemporary art.

Julie Anderson has curated “Altered Barbie” since 2003, hosting many multi-media artists who use Barbie as their muse, their canvas, their medium. We take the first hour and talk to her and singer Ethel Merman (who is performing at the opening reception this Saturday night) about the history of the event, the history of Barbie, legal issues and great art experiences.

I’m planning on attending the opening reception this Saturday night and I strongly urge you to come down and have a great night. It’s absolutely worth every second, and you can walk out with some great art!

The gallery is located at Back to the Picture, 934 Valencia Street in San Francisco

The remainder of the night focuses on recent live acquisitions that I’m excited to share with you.

Stormy Monday: Allman Brothers
I Don’t Want to Talk About It: Delaney, Bonnie and Friends

Interview with Julie Anderson and Ethel Merman of Altered Barbie

This here is the very first Barbie commercial from 1959. It’s also the very first mass marketed toy to kids. Check it out, and thanks to Ethel Merman for sharing this with us on the show. 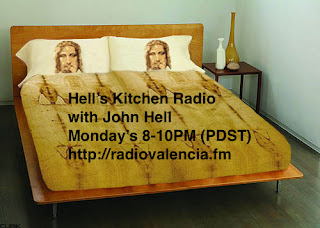 Stream the Five Finger Death Punch, HERE!
Download the Line Dance Lessons, HERE!
Listen into all my shows here.
You can subscribe to my show through iTunes here.

Do we get to listen to music in the afterlife? I sure hope so, or it’s going to be seriously boring. Or maybe when we die we can travel anywhere in time, so we can go see all those concerts that we were too young to attend when we were alive. That would be pretty awesome!

Who would you go see?

I’d see all the obvious 60s and 70s rock bands that I never got to see, but add to that Nina Simone, Miles Davis and John Coltrane. Maybe Woody Guthrie, Hank Williams and Johny Thunders. Too many great artists to count, really.

Tonight’s show wasn’t about a lot of dead rock stars. No. There’s lots of life in this here show you’re about to listen to. Oh it’s got its share of dead musicians, but don’t let that get you down.

Common People: William Shatner
The Cactus: 3rd Bass
Get It Together: Beastie Boys

A New World/Altered Beast: King Gizzard and the Lizard Wizard
Nobody Knows You When You’re Down and Out: Nina Simone