Hell’s Kitchen Radio #333: Half The Beast 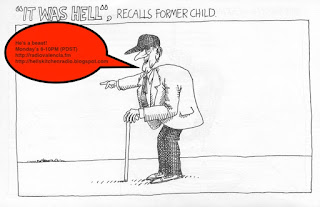 Stream the Horror HERE!
Download the Thrills HERE!
Listen into all my shows here!
Subscribe to my show, via

All this and more in my most recent show.

Such a fabulous selection of punk, funk and junk for your earholes to enjoy.

I’m taking next Monday off to go see Ty Segall perform in Berkeley. There will be a Hell’s Kitchen Radio classic scheduled, but you may hear another Radio Valencia DJ taking the controls for the night.

The Lady Loves Me: Elvis Presley/Ann Margaret
So What: Miles Davis

Sunday Morning: Kelly Stoltz
Love Addict: Honey and the Bees
Makin’ The Freeway: Firehose
Hit it and Quit it: Funkadelic

Come On Over Turn Me On: Isobel Campbell and Mark Lanegan
Shapes of Things: Jeff Beck Group
Lover, You Should Have Come Over: Jeff Buckley

Expert: PragVEC
Don’t Try To Lay No Boogie Woogie on the King of Rock and Roll: Long John Baldry

Get Down Moses: Joe Strummer and the Mescaleros
Cars and Shoes: The Coup
Lust For Life: NY Loose 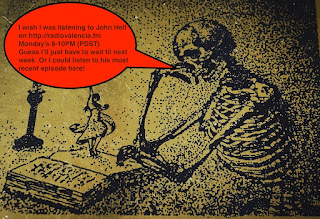 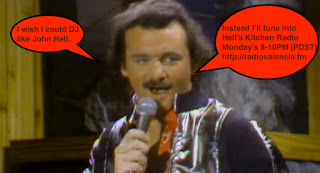 Stream the Impersonation HERE!
Download the Flattery HERE!
Listen into all my shows here!
Subscribe to my show, via

This apparently has become an annual event. If you listen to my show on a regular basis (of course you do!), then you often hear a cover tune or three. There are just too many quality versions to share with you. It’s easy with a music collection like mine to play hours and hours of covers. The real test is to find two hours worth to make it worth your while to listen.

I’ve been inspired to host this show for a few weeks now, but I still didn’t get through my long list I had prepared for you. Tune in next Monday night and you may get a few extra treats, including a Pink Floyd cover that will knock you into the next galaxy.

Every 1’s A Winner (Hot Chocolate): Ty Segall and the Freedom Band
Satisfaction (Rolling Stones): Bjork and PJ Harvey
I Want You To Want Me (Cheap Trick): Puddles Pity Party