Malderor welcomes Bay Area ‘archaic doom’ band Lotus Thief in to the studio! Lotus Thief merges post-black metal, space rock and ambient music, with lyrics based on ancient texts. Interesting stuff. Plus members of gypsy jazz band Blonde Toledo are *also* in the studio, as they share several band-members. So it’s a party! Check it out!

2:05pm: Aeternvm by The Lotus Thief

2:10pm: Watch Your Back by Blonde Toledo

2:36pm: Manna And Quail by Caterwaul

2:57pm: Journey To The Plains by Shels

3:10pm: Bar At The End Of The World by Blonde Toledo

Check out the stream here: 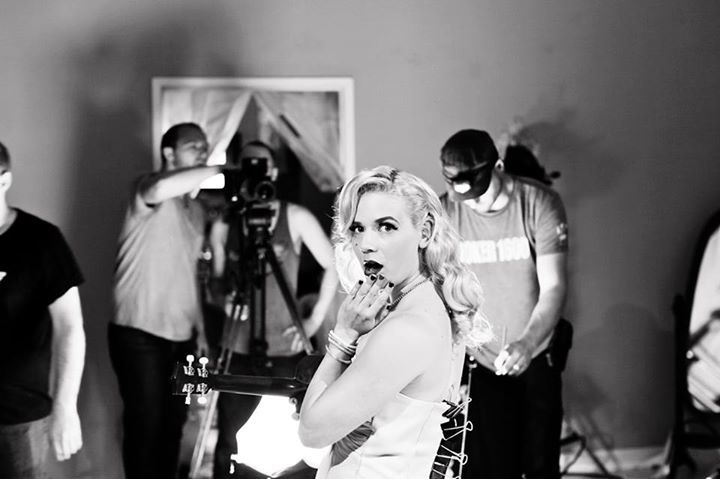 Wherein we host the incredibly talented, ribald and hilarious Rachel Lark, a singer/songwriter and multi-instrumentalist with songs about “sex, drugs, heartbreak and messy apartments.” She visited the studio to share how she got started in music, discuss what she does and guest DJ. We got so caught up, we forgot to ask her to play live! That guarantees a return visit. This is one of my favorite shows and I hope you enjoy it too.

Incredibly talented and hilarious singer/songwriter extraordinaire Rachel Lark will be performing LIVE in the studio as well as guest DJing for this week’s Dante’s Hot Tub with host Juan Rapido on Wednesday April 6. Her sex-positive anthems are unfiltered looks at “sex, drugs, heartbreak and messy apartments.”

We’re really excited to have Rachel in the studio to discuss her music, her influences and her experience with bloody sex. Rachel will be performing this Friday April 8 in Oakland at Awaken Cafe – see the show poster below for details. And speaking of bloody sex, check out her latest video for Warm, Bloody, and Tender. (I’ll be asking her not only about the video but her use of the Oxford comma in the song title.)

Tune in this week to Dante’s Hot Tub from 8-10pm PT for our special guests Baby and the Lovies, a San Francisco-based 10-piece soul-inspired boogie band. We’ll have vocalist Adeoti Ashiru and keyboardist Lessley Anderson in the studio to promote their show Friday Nov 6 at 10pm at PianoFight and play a bunch of tracks, including their own music plus influences and favorites.  END_OF_DOCUMENT_TOKEN_TO_BE_REPLACED Tune into Dante’s Hot Tub tonight — July 4, 2012 — to get America all up in your grill. It’s “America” songs all night long in the Tub. Wrap yourself in your Declaration of Independence snuggie and pull up the old radio, or internet, or mobile smart phone. Special guest DJ Kenny Dojo joined me in the Hot Tub on March 28 to play tracks from his deep collection of Turkish Psych-Folk-Rock 45s and share his knowledge of the scene. And he pronounces Turkish much better than how I stumble through Portuguese.

Playlist for the whole show:

Quick visit with Tony of Drinks with Tony
Dante’s Hot Tub Intro
J Dubs Theme by Son Of Bazerk from Bazerk Bazerk Bazerk
Brother in the Back by Ill Media from Deeper Concentration
That’s Right by Mike Doughty from Dubious Luxury
Optimo by Liquid Liquid from LCD Soundsystem: The Influences

Thanks to DJ Kenny Dojo for joining us in the Tub