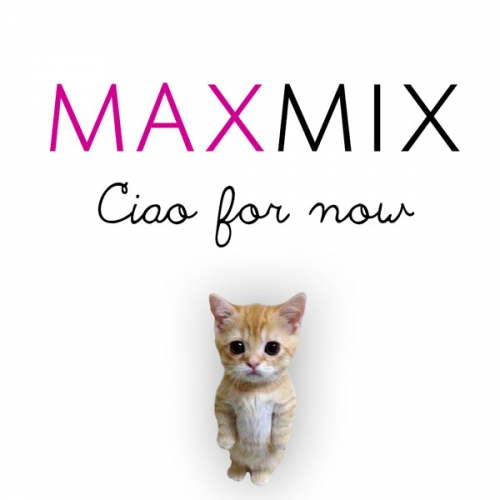 Ciao For Now
October 28, 2015 6:00pm
download | permalink |
Maxmix
Ciao For Now
Maxmix Ciao For Now
Get out your tissues. It's the last MaxMix for a while. So sad! The theme today is goodbyes, good times, thanks, and seeing you later. xoxoxoxo

Hello Goodbye by The Beatles
Hey, That's No Way To Say Goodbye by Leonard Cohen
Goodbye Song by The Moldy Peaches
Goodbye Girl by Squeeze 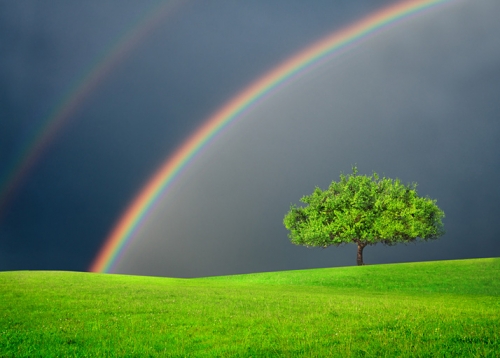 Double Rainbow
October 21, 2015 6:00pm
download | permalink |
Maxmix
Double Rainbow
Maxmix Double Rainbow
Two Rachel’s for the price of one! My friend Rachel joins me on the show. The theme today is rainbows, cats, two of things, friends, and ladies.

52 Girls by The B-52's
I'm A Lady feat. Andrew Trouble by Santogold
Foxey Lady by Jimi Hendrix
She's a Lady by Tom Jones

She's A Rainbow by The Rolling Stones
Black Cat by Broadcast
Are "Friends" Electric? by Gary Numan & Tubeway Army
All Cats Are Grey by The Cure

What's New Pussycat? by Tom Jones & Les Reed
With A Little Help From My Friends by The Beatles
Fat Bottomed Girls by Queen
Friends by Led Zeppelin 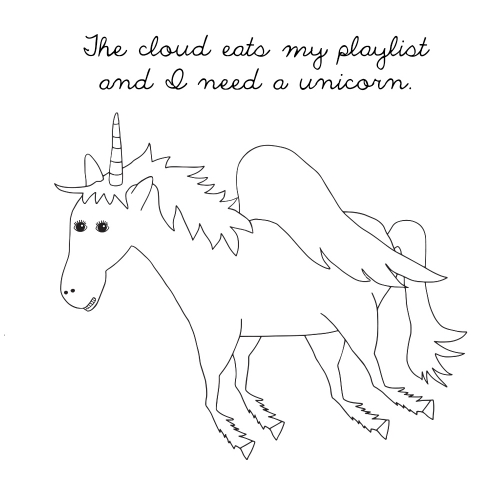 Movement by LCD Soundsystem
Shark? by Shark?
I Got the Moves by Habibi
Send Me A Postcard by Shocking Blue
Wave Of Mutilation (UK Surf Remix) by The Pixies
Sweet Jane by Cowboy Junkies
Midnight Cowboy by Ferrante & Teicher

DARE by Gorillaz
Do It Again by Holy Ghost!
Three Trees by Tanlines
My Pop by Slove

Smoke and Mirrors by Rjd2
Black Grease by The Black Angels
Mind Your Own Business by Delta 5
My Drive Thru ft. Santogold & Julian Casablancas by N.E.R.D.
Bummer Summer by PO PO 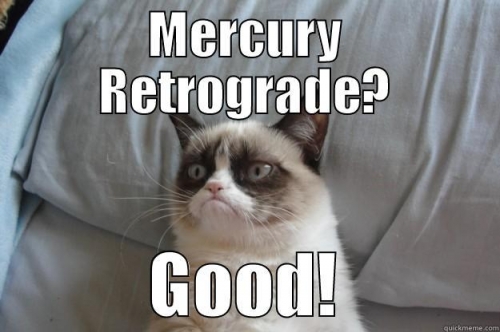 Moving Backwards
September 30, 2015 6:00pm
download | permalink |
Maxmix
Moving Backwards
Maxmix Moving Backwards
This week's MaxMix is inspired by Mercury being in Retrograde. I know it’s just make believe that it affects us mere mortals but maybe? Mercury is the Roman god of financial gain, commerce, eloquence, messages/communication, travelers, boundaries, luck, trickery and thieves. So all that is backwards I guess until October 9th. 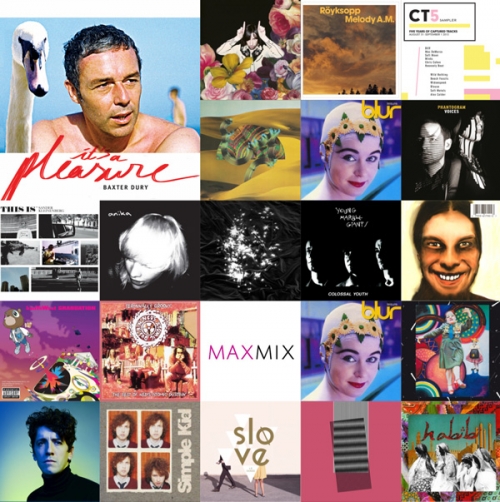 Howling At the Moon by Phantogram
Stronger by Kanye West
All Good (feat. Chaka Khan) by De La Soul
Eple by Röyksopp 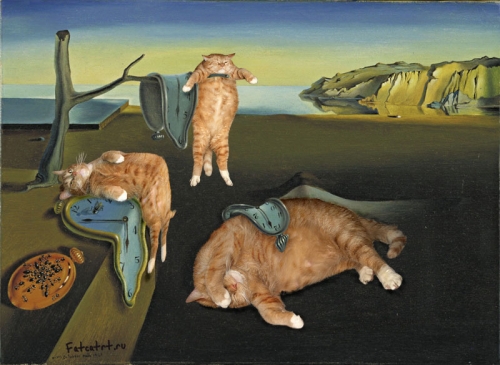 Hot Hot Heat
September 9, 2015 6:00pm
download | permalink |
Maxmix
Hot Hot Heat
Maxmix Hot Hot Heat
This week's show is about being hot. Which we are very much in SF.

Fire by RJD2
Hot in Herre by Nelly
Run To The Sun by N.E.R.D.
Too Hot by Coolio
The Fire by the Roots and John Legend 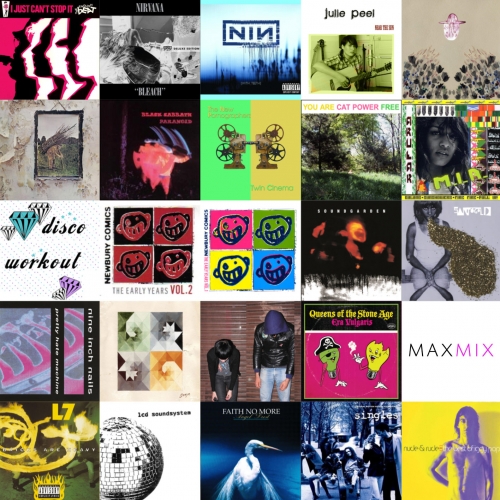 Maximus Miximus III
August 12, 2015 6:00pm
download | permalink |
Maxmix
Maximus Miximus III
Maxmix Maximus Miximus III
This week's MaxMix is purely, a mix. It’s also the last show for 3 weeks as I head of on vacation! I shall miss you. But not this roasting hot studio. I do not understand Bikram yoga. Which is beneath this studio. It’s like hell to me - super hot and smells like the worst kind of BO.

Anne by Santogold
Twist & Crawl by The English Beat
Bingo by M.I.A.
Too Much Love by LCD Soundsystem

Love Buzz by Nirvana
Lust for Life by Iggy Pop
What Do I Get? by The Buzzcocks
A Small Victory by Faith No More
Only by Nine Inch Nails 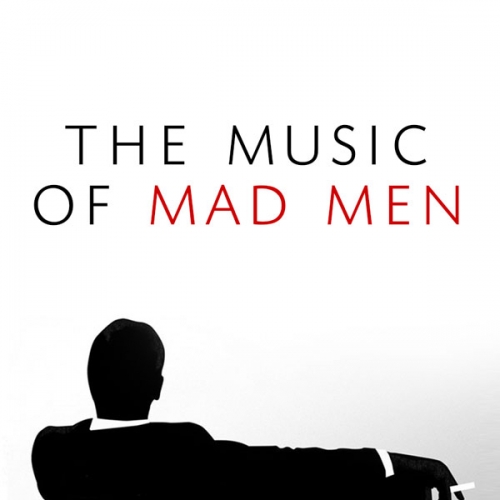 Reach Out Of The Darkness by Friend & Lover
I’m A Man The Spencer Davis Group
You’ve Made Me So Very Happy by Blood, Sweat, and Tears
Walk on By by Burt Bacharach 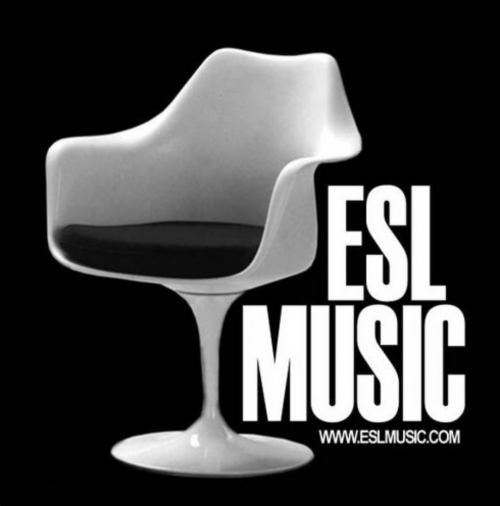 Halfway Around The World by Thievery Corporation
The Girl from N.O.W.H.E.R.E. by Ursula 1000

Background Music:
Very Leggy by Ursula 1000
The Collector by Liftoff 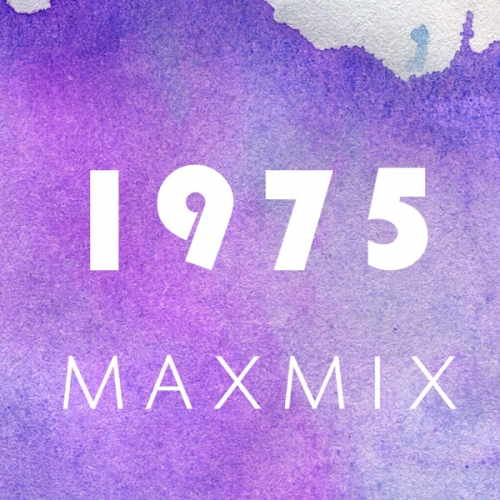 You Sexy Thing by Hot Chocolate
Fox On The Run by Sweet
Only You Can by Fox
Hero by Neu!

Black Water by The Doobie Brothers
Feel Like Makin’ Love by Bad Company
If I Say It, It’s So by Nils Lofgren
Kashmir by Led Zeppelin

Lady Marmalade by LaBelle
Get Down Tonight by KC & The Sunshine Band
S.O.S. by ABBA 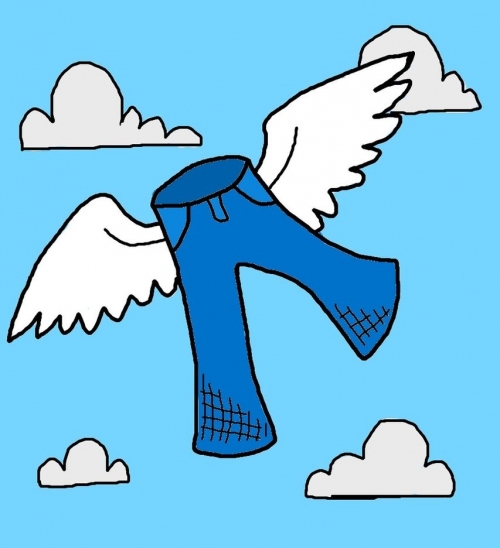 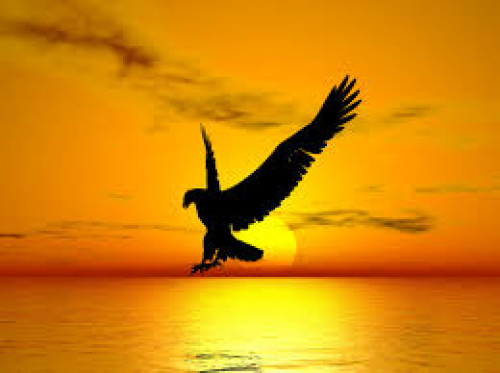 Freedom and Stuff
July 1, 2015 6:00pm
download | permalink |
Maxmix
Freedom and Stuff
Maxmix Freedom and Stuff
So close to Freedom Day this setlist is all about it. My bestie Scott brings the vinyl. Your ears are going to melt with that sweet sound. Please tune for his show on Sundays from 8am-10am PST. 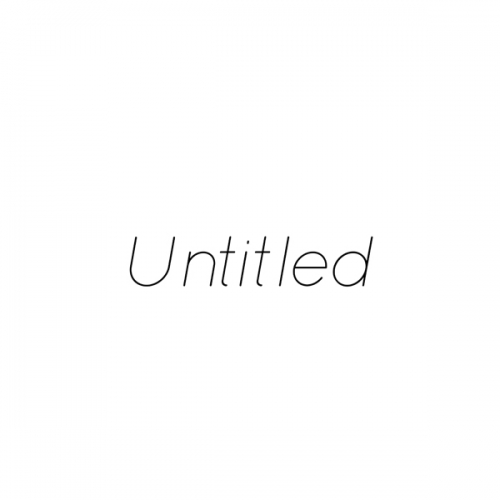 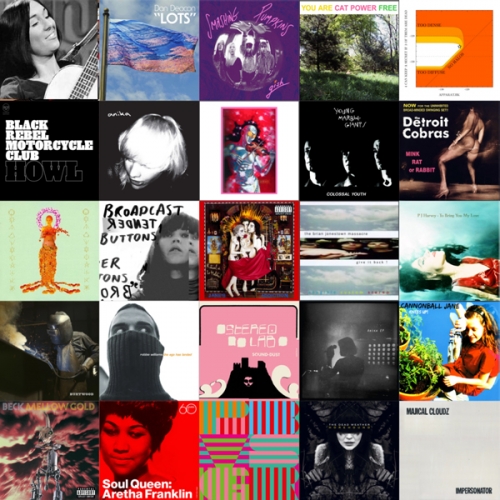 Antlers by Apparatjik
Come To Your Senses by Panda Bear 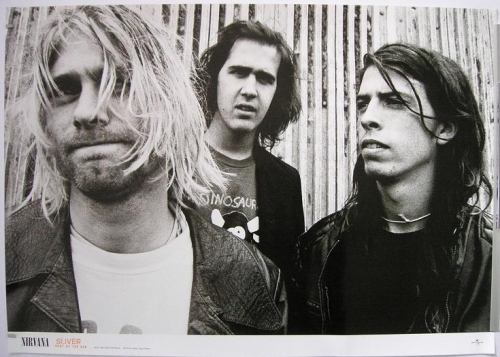 Nirvana & Friends
June 3, 2015 6:00pm
download | permalink |
Maxmix
Nirvana & Friends
Maxmix Nirvana & Friends
Hi! It's time for a Nirvana show which includes bands who've influenced them. My good friend Scott Shumaker joins me in the studio and shares some of his vast musical knowledge. We also laugh a little. Cheers, Rachel

Lake Of Fire by Meat Puppets
Dying for It by The Vaselines
The Man Who Sold the World by David Bowie
Oh, Me by Nirvana 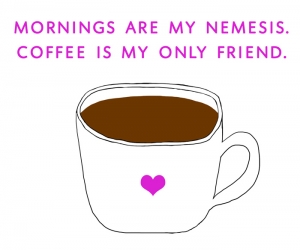 Wake Up by The Arcade Fire
Breakfast In America by Supertramp
The Morning Fog by Kate Bush
4:35 In The Morning by Saint Etienne

Sunday Morning by Velvet Underground
Coffee & TV by Blur
Some Velvet Morning by Primal Scream featuring Kate Moss
Get Up by R.E.M.

Never As Tired As When I'm Waking Up by LCD Soundsystem
I'm Only Sleeping by The Beatles
The 9:45 Wake-Up Dream by P.M. Dawn
Black Coffee by Bobby Darin
I Wake Up Crying by Tom Jones & Les Reed

Got To Get Up by Siouxsie & the Banshees
Workers, Wake Up! by Peel 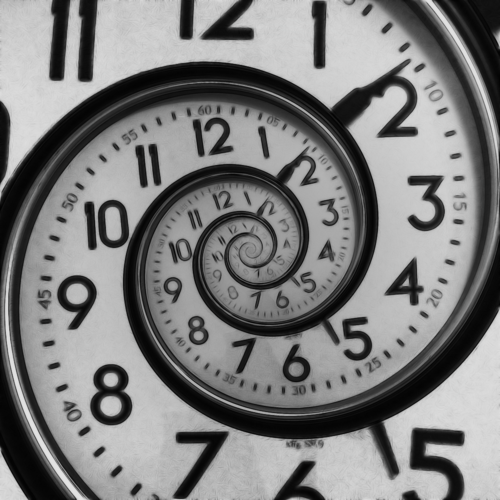 Trust Me by Guru
Otha Fish by The Pharcyde
Sometimes I Miss You So Much by P.M. Dawn
Didgin' Out (Live) by Jamiroquai

Radio Free Europe (Original Hib-Tone Single) by R.E.M.
Cowboys And Angels by George Michael
That's All by Genesis
I Want to Be Free by Toyah

Video Killed the Radio Star by The Buggles
Obsession by Animotion
Finest Worksong by R.E.M.
Punk Rock Girl by The Dead Milkmen

Background Music:
One by Thievery Corporation
Stars by Nightmares On Wax 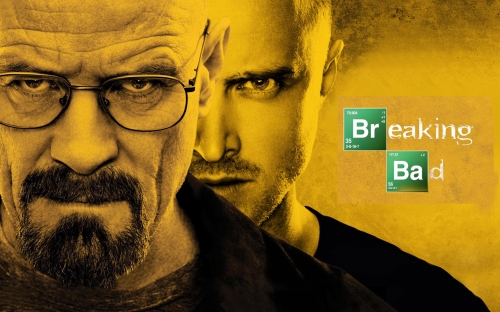 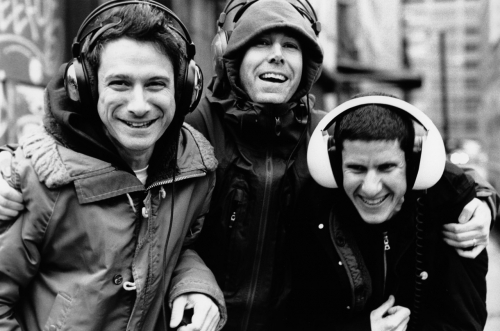 Something’s Got to Give
Namaste
Shambala
Bodhisattva Vow
Lighten Up

Ricky’s Theme
Live at P.J.’s
And Me
Professor Booty 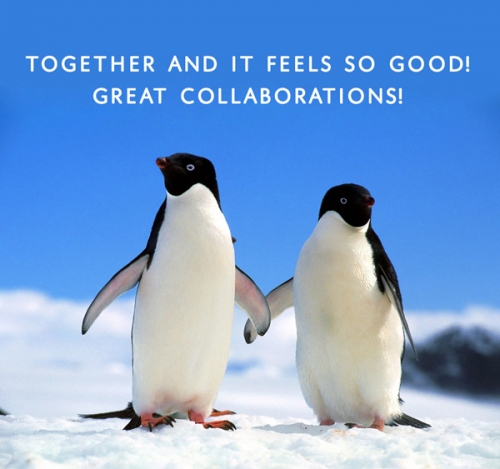 Always on the Run by Lenny Kravitz & Slash
New Fang by Them Crooked Vultures
My Drive Thru ft. Santogold & Julian Casablancas by N.E.R.D.
Tilt Ya Head Back by Nelly & Christina Aguilera

When Love Comes To Town by U2
Shiny Happy People by R.E.M. and Kate Pierson
Put It Back Together (feat Damon Albarn) by Fatboy Slim