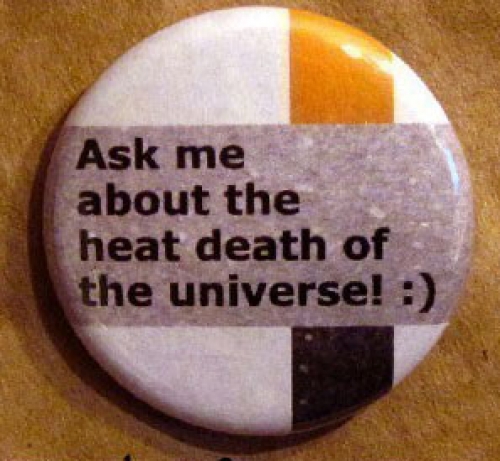 It's what's known as the heat death of Radio Valencia, an era when the cosmos will remain vast and cold and desolate for the rest of time. And that's because on the FINAL BROADCAST of NOSE HAIR LINT GLAND, there is no difference between the past, the present and the future. There's no way of measuring the passage of time, because nothing on Radio Valencia changes. Karen Carpenter, Bob-Marc, and Sherilyn Connelly will have simply ceased to exist. It's an inescapable fact of Radio Valencia, written into the fundamental laws of physics by KrOB and Puzzling Evidence.