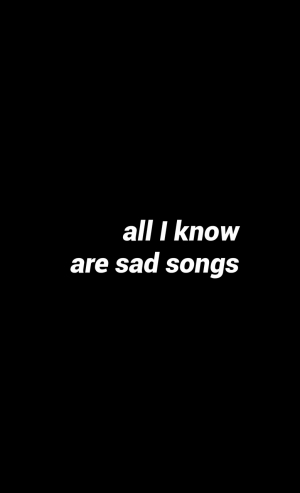 Malderor - The "Sad Songs" Episode
April 12, 2020 2:00pm
download | permalink | chatroom
Malderor and Dr Junk
Malderor - The "Sad Songs" Episode
Malderor and Dr Junk Malderor - The "Sad Songs" Episode
Today's show was always going to be a bit odd. Shey and Malderor are still doing the remote 'exquisite corpse' thing, passing off files over the week to react to. Shey picked a theme about embracing one's sadness about the state of the world, and overcoming it. So there are some sad, sad songs in the mix this week, but also some happier songs to help you recover. Features new music from Beans on Toast, Bobby Conn, and Black Grape, and also dips into the Blues at points. Malderor plays some of the saddest songs he knows, and Shey plays Lorde. Give it a listen! It'll cheer you up...eventually.

2:08pm: Drinking In The Day by Elise LeGrow

2:09pm: Getting Better by Ron Funches

2:25pm: I Shall Be Released by Nina Simone

2:40pm: Land of Confusion by Genesis

2:44pm: I'm Getting Better (And I'm Feeling It Right Now) by The Record Company

3:00pm: Everything You Know Is Wrong by Black Grape

3:13pm: The Good Old Days by The Libertines

3:16pm: Down the Drain by Ken Nordine

3:25pm: Bury My Heart by The Waterboys

3:32pm: On Brexit by Bruce Robinson

3:46pm: He Stopped Loving Her Today by George Jones

3:48pm: On Depression by Robin Williams

3:51pm: Dark Was The Night (Cold Was The Ground) by Blind Willie Johnson

3:55pm: Atheists Don't Have No Songs by Steve Martin and the Steep Canyon Rangers

3:57pm: God Been Good To Me by The Mighty Walker Brothers 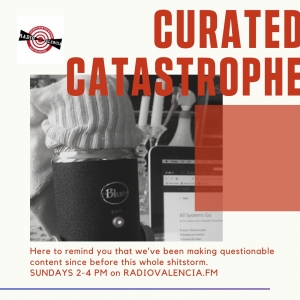 2:11pm: Your Anchor by Asaf Avidan

2:17pm: Siempre Me Quedará by BeBe

2:51pm: Some Jazzy Bullshit by Les Paul Trio with Ada Rovatti at the Iridium

3:07pm: The Reverend by The Funkstamatics

3:24pm: Opinions on the Stimulus Package by Dylan Radigan on The Jimmy Dore Show

3:44pm: The Veil of Ignorance by John Rawls

3:46pm: Fuck All The Perfect People by Chip Taylor & The New Ukrainians 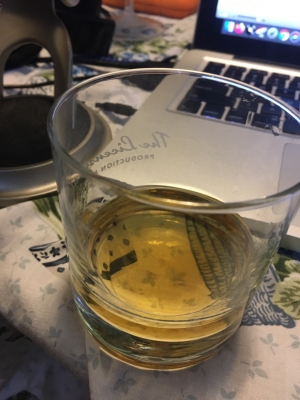 Malderor - The Exquisite Corpse Episode
March 29, 2020 2:00pm
download | permalink | chatroom
Malderor and Dr Junk
Malderor - The Exquisite Corpse Episode
Malderor and Dr Junk Malderor - The Exquisite Corpse Episode
We tried something different today. My cohost Shey challenged me to do an "exquisite corpse" for the old radio programme. So we each produced 3-song segments, and tried reacting to what the other person did. This required a degree of pre-production and pre-planning you might not associate with Malderor's Curated Catastrophe, but it proved to be a fun exercise in remote collaboration. Featuring Bill Evans, Etta James, Neil Young, Shriekback, King Curtis, Charles Beaudelaire, and a very potty-mouthed Jarvis Cocker! I'll be live between segments to discuss what we've been listening to, so please tune on in and give us your comments in the chatroom on www.radiovalencia.fm!


2:20pm: Three Button Hand Me Down by The Faces


2:56pm: I Gotta Get Drunk by George Jones and Willie Nelson


2:58pm: Be Drunk by Charles Baudelaire 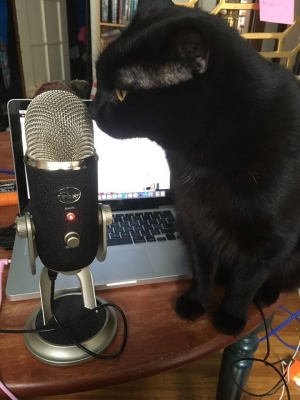 2:01pm: A Message From Our Sponsor by Jello Biafra


2:04pm: Crawlout Through The Fallout by Sheldon Altman


2:11pm: Gonna Get Better by Buzzcocks


2:38pm: The Irish Rover by The Dropkick Murphys


3:06pm: Talk About The Weather by Red Lorry Yellow Lorry


3:08pm: The Coward Of The County by Kenny Rogers 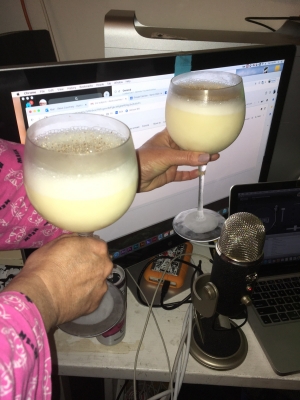 2:08pm: Fly On The Windscreen (Live) by Depeche Mode

2:18pm: The Disease (Live) by Echo and The Bunnymen

2:18pm: All My Colours (live) by Echo and The Bunnymen

2:38pm: Too Sick To Pray by Willie Nelson

2:49pm: Arm Yourselves And Run by New Model Army

2:55pm: The Unifying Theory Of Life by Sick Boy

3:04pm: The Fever by Mayya and the Revolutionay Hell Yeah!

3:24pm: Sick Of The Shame by Filmschool

3:50pm: Cabin Fever by The Soulsavers

4:13pm: What A Day by Throbbing Gristle

4:31pm: Flower Of Disease by Goatsnake

4:42pm: I Want To Touch You by Catherine Wheel

4:48pm: Gimme Some Annihilation by Crocodiles

4:56pm: Soul In Isolation by The Chameleons UK

5:19pm: Nobody Really Cares If You Don't Go To The Party by Courtney Barnett

5:53pm: The Sick Bed Of Cuchalainn by The Pogues

5:55pm: Sick Of It All by The Distillers 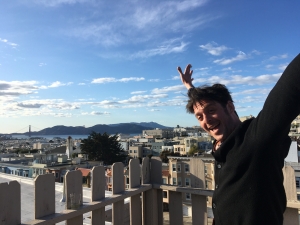 2:12pm: Luv N Haight by Sly and the Family Stone

2:28pm: Halah (Live at the Shoreline) by Mazzy Star

2:50pm: Made In China by Higher Brothers and Famous Dex

3:13pm: Stomp You Out by Danny Diablo feat. Chino Brown

3:19pm: The Roof If On Fire by Rock Master Scott and the Dynamic Three

3:33pm: The Positive Aspects Of Negative Thinking by Bad Religion SAT Word Of The Week 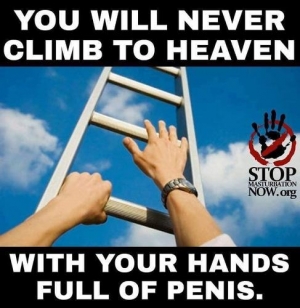 2:38pm: God Save The Queen by Motorhead

2:59pm: Everything That Rises by Pop Will Eat Itself

3:14pm: Let's Get Tattoos by Carter The Unstoppable Sex Machine

3:26pm: The Fire Had Brought Us Together by Shriekback

3:29pm: This Is The Science by Shriekback

3:35pm: I Found A Reason by The Velvet Underground

3:40pm: So Long You Pretty Thing by Spiritualized 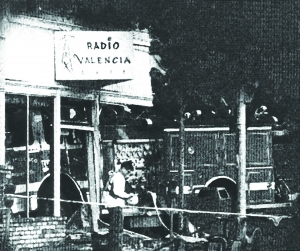 2:10pm: 'Til The Next Goodbye by Human Drama Arcadia

2:20pm: Goodbye Babylon by The Reverend T.T.Rose and Singers

2:23pm: Goodbye Street by Hepcat
It seems out landlords haven't been paying the rent to their landlords, so we've gotten a 48 hour eviction notification. Malderor wasn't even planning to be here today, but came in to spin an hour's worth of tunes until Puzzling Evidence takes over for the rest of the program.

2:35pm: Goodbyes and Endings by The Dodos

2:44pm: Goodbye by The Supersuckers 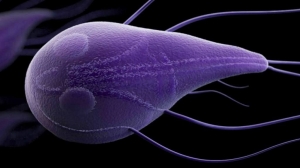 2:29pm: Believe by The Chemical Brothers

2:46pm: Our Lady Of Desert by William Tyler

3:20pm: Living It Up by Horace Andy with Sly and Robbie

3:40pm: The Water Glass by The Melvins

3:46pm: Before They Make Me Run (Live) by The New Barbarians

3:56pm: You Suffer by Napalm Death 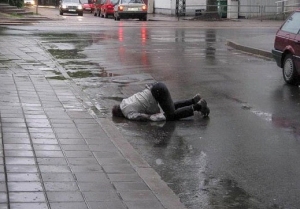 
2:06pm: The Bullingdon Boys by Madness

2:06pm: All About Nothing by Shriekback

2:37pm: Best Of All Possible Worlds by Eddie Spaghetti

2:39pm: Waiting Around To Die by Whitey Morgan

3:03pm: Watch Your Back by Charger

3:25pm: The Graveyard Of The Outcast Dead by Frank Turner

3:34pm: The Light by A Place To Bury Strangers

3:41pm: Million Years Ago by Adele

3:49pm: Let The Jukebox Keep On Playing by Mike Ness 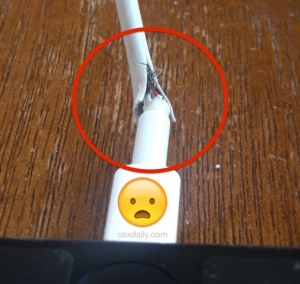 This episode was slightly wonky because Malderor's laptop power-supply up and died, meaning he had to scramble for a spare charger thing which didn't arrive until mid-show. So there is a bit more catastrophe going on than normal. We even dipped into the dreaded Radio Valencia music library for a few tracks. But Deathwish and Shey were onhand to steady the ship and provide a solid episode.

(First hour playlist missing due to lack of power on the laptop.)

3:39pm: Germs of Perfection by Bad Religion SAT Word Of The Week

3:52pm: The Prayer Position by AFI 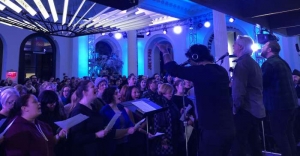 2:25pm: Dark Night (Of The Soul) by Changing Tunes

2:30pm: Rainbow of Colors by Neil Young and Crazy Horse

3:09pm: Somethings Got To Give by The Schizophonics

3:54pm: The Underside of Power by Algiers 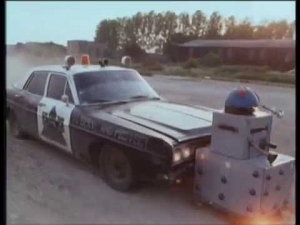 2:25pm: Contagious by Down and Outlaws

2:40pm: King Of The Jungle by Tim Timebomb and Friends

2:47pm: I Remember by Agnostic Front

2:58pm: Dancing In The Moonlight by Moto

3:03pm: The Whole Of The Moon by Fiona Apple

3:27pm: The Fast Life by Bad Religion SAT Word Of The Week

3:58pm: Doctrorin' The Tardis by The Timelords 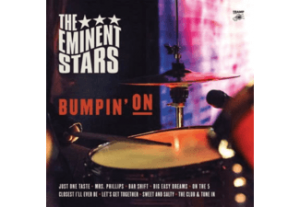 2:12pm: The Most Exalted Potentate Of Love by The Cramps

2:23pm: Powers of Darkness by Ronno

3:00pm: Time To Switch To Whiskey by Corb Lund

3:26pm: Head On by David Hasselhoff

3:40pm: Rock My Soul by The Valkyrians

3:44pm: There Is A Mountain by Dandy Livingstone 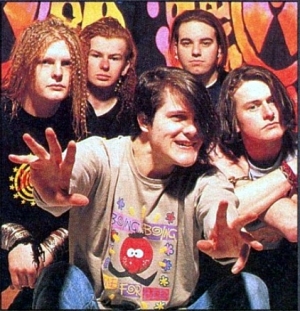 2:08pm: Caroline Says by Marc and the Mambas

2:58pm: Sheva Shiba by The Hipnotix

3:29pm: The Only Living Boy In New Cross by Carter The Unstoppable Sex Machine

3:38pm: Not Sleeping Around by Ned's Atomic Dustbin

3:43pm: Ich Bin Ein Auslander by Pop Will Eat Itself

Malderor was actually prepared today, but an array of technical difficulties in the studio made this one of the most clunky, crappy, non-professional shows ever. King Rat was in the studio (with his broken phone), as was DJ Shey from the Bay, and the ever-present Deathwish! We also took a phone call from old friend-of-the-station Conan Neutron, just because our lives weren't confusing enough. Give it a whirl if you like to hear Malderor curse and complain about faulty wiring.

2:09pm: No More Pennies by Starcrawler

2:14pm: Bad Guy by The Interrupters

2:40pm: Pound For Pound by The Aggrolites

3:08pm: Casual Rock and Roll by The Old Firm Casuals

3:36pm: Sing Along by Sturgill Simpson

3:55pm: What Tomorrow Brings by Bad Religion SAT Word Of The Week 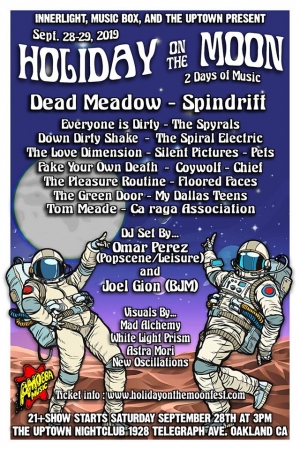 2:06pm: How To Feel by Useless Cities

2:32pm: Mermaid by Everyone Is Dirty

3:08pm: We're All Just Children by Fake Your Own Death

3:28pm: You Won't Hear That Anymore by The Green Door

3:46pm: How Many Miles by The Love Dimension

3:57pm: No Bridge Left To Burn by The Spiral Electric 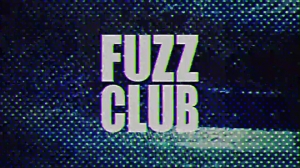 2:51pm: This City You Know by Selbram

3:47pm: Faces of Grief by Bad Religion SAT Word Of The Week 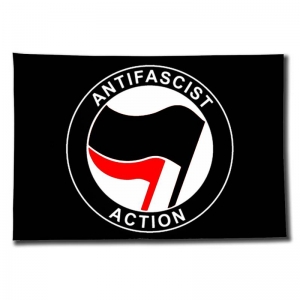 2:04pm: Fake Your Own Death by Headphones

3:00pm: Tear The Fascists Down by Woody Guthrie

3:02pm: All You Fascists by Billy Bragg and Wilco

3:05pm: Which Side Are You On? by Tom Morello and the Nightwatchmen

3:09pm: Which Side Are You On? by The Dropkick Murphys

3:18pm: Fascist Pigs by The Nosebleeds

3:28pm: One Stones Throw From A Riot by The Gadjits

3:57pm: You Are The Governement by Bad Religion SAT Word Of The Week 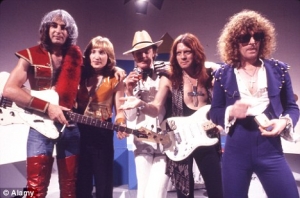 2:22pm: Don't Take Your Guns To Town by Horace Andy

2:33pm: Headphones by Fake Your Own Death

2:52pm: Walkin' With A Mountain by Mott The Hoople

3:04pm: Waiting For The Man (Live on the BBC) by David Bowie

3:21pm: This Town Ain't Big Enogh For Both Of Us by Sparks

3:33pm: Fuck You! by Bad Religion SAT Word Of The Week

3:42pm: Paid by The Supersuckers

3:47pm: Do You Want To Touch Me There? by Gary Glitter