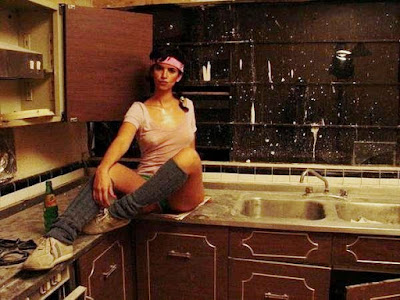 This week’s love-themed episode features music from Jessy Bulbo’s new album Telememe plus other songs from the heart.

After getting her start in the all-girl punk band, Las Ultrasonicas, Jessy Bulbo left the band in 2005 to pursue a solo career and the Mexican indie scene hasn’t been the same since.  Named after the eccentric lead singer, it’s easy to forget that Jessy Bulbo is actually a band.  With already two critically-acclaimed records under their belt (2005’s Saga Mama & 2009’s Taras Bulba) Jessy Bulbo retained the production of Martin Thulin of Los Fancy Free to bring you catchy erractic music with a punk aesthetic resulting in their most complete album yet.

Telememe is unpredictable and exciting; tender one moment and manic the next – kind of what I imagine dating a schizophrenic is like.  Check out their homage to The Stooges “I want to be your dog” titled “Queiro ser tu Destino” and then download the 10 track album for free at her official website