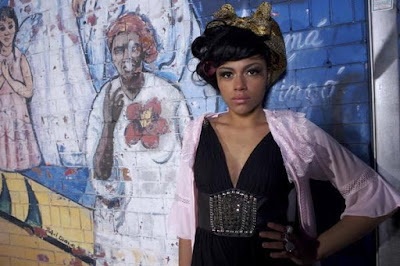 Born in the Bronx to Dominican parents, Maluca’s ease of genre-hopping is representative the duality of growing up bi-culturally.  Influenced by the more tropical sounds of mambo, merengue, and bachata; as well as ’90s hip-hop, freestyle, and club music, Maluca has contravened the stereotypes of “Latin” music. The story goes that she was discovered a couple years ago by Diplo of the label Mad Decent at a karaoke bar — they worked together on her first single “El Tigeraso” (which I played a remix of last week) and since she’s been taking over!

2010’s China Food was easily one of my favorite recent mixtapes so if you haven’t yet checked it out, I strongly suggest you get it now over at MadDecent

Check out the very cool video for “El Tigeraso” below: