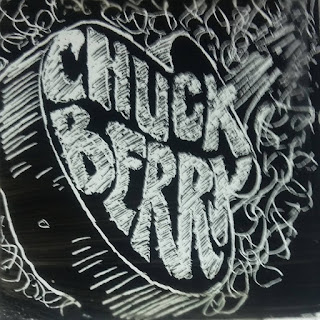 Stream the Tribute/Celebration, HERE!
Download the Phatastrophe, HERE!
Listen into all my shows here.
You can subscribe to my show through iTunes here.

Well damn, Chuck Berry died. Now what are we 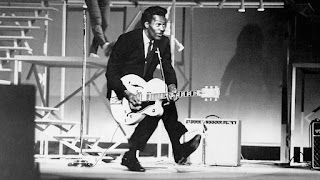 supposed to do? It’s like when you lose a parent and now you just know that you’re all on your own. You knew this day would eventually arrive, but you never put too much though into it, because well, you knew it would just bum you out. He wasn’t the nicest guy in the world, but I learned pretty much everything I needed to learn about music, through him. He didn’t write autobiographical songs. No. He wrote about life as a young, fresh-faced kid, not trying to get into trouble, but just realizing that life is for the living, and if you’re not busy living, then you’re busy dying. Chuck Berry most likely did not go quiet into his dark night.

When I was a little bitty boy, my father used to often sing “My Ding-a-Ling” to me, much to my mother’s chagrin. I swear it’s the first song I ever memorized so I could sing it on the playground. I knew at a young age what my father and Mr. Berry were singing about and it made me laugh out loud that a song that sounded so damn innocent, was indeed as lecherous as they come. HA!

I got to see Chuck Berry live, once, at the Circle Star Theater in San Carlos, California. It was a small theater half way between San Fransisco and San Jose. It’s torn down now, and in its place tech companies that could care less for the old theater and its colorful history. The stage sat in the center of the room and rotated so the audience could see all sides of the performer. I saw a number of shows there, but it was Chuck Berry that absolutely stood out the most. 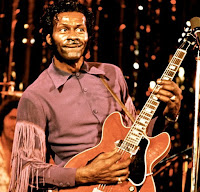 Chuck had a long history of showing up to a venue with only guitar and amp in hand. It was up to the promoter to hire the backing band, all of whom one would hope, were well-versed in Chuck Berry tuneage. And why wouldn’t they? Chuck would take the stage only after he had counted the cash, handed to him in a briefcase by said promoter. Who knows if he had even met the band yet. I’m pretty certain there was no soundcheck; or perhaps only a brief one. He would call out the song and key, count it out, and away they flew. It would take a bar or three before the band would gel, but then they would really rock! 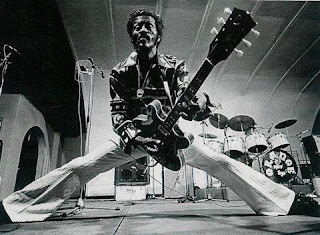 On this particular night, the crowd was calling out songs and Chuck was playing them! I could believe it, an all-request show! WOW! This was November 1987, and I had turned 17 at the end of September. I attended the show on my own, and sat in the third row. All around me were 40-somethings, all of whom looked ancient to me. I’m 46 now, so that’s hilarious to even consider. I shouted out for him to play “Promised Land”, a song the Grateful Dead had performed for many years, and perhaps my favorite cover of theirs. A very large, very gruff and very 40-something man, sitting directly in front of me turned around and barked “HE ALREADY PLAYED THAT SONG, KID!”. Chuck was RIGHT THERE, and proclaimed in a very animated voice “No I didn’t. Here it goes!”. HA! I laughed my ass off, while flipping this guy off (in my mind), and rocked out. Thanks Chuck. Thanks for everything. I don’t care about any of the stories about your personal life. It’s the music I came for, and it’s for the music that I’ll forever stick around for. RIP Johnny B. Goode.

On this particular night I was also thrilled to have in the studio, all the way from Pittsburgh, PA, the one and only, viva 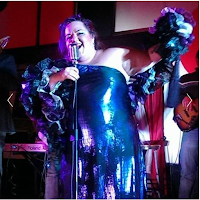 cious vocalist who puts the Phat in PHATASTIC, Phat Man Dee! What an absolute delight she is. Her vocals will mesmerize you, who eyes will tantalize you. She’s a lot or woman. Man Dee was here in support of a dear friend, Robert, who is suffering from the affects of MS. We had a great fundraiser for him the previous weekend, and she stuck around to hang with old friends and play some tunes on the radio. We play a bunch of her tunes throughout the show. I promise that you will be searching for her music once you hear it. And luckily for you I have the link right HERE to go find it. Lucky you.

There’s a lot of CB covers thrown into the mix as well, as so many great artists performed the master’s classics. Enjoy them all.