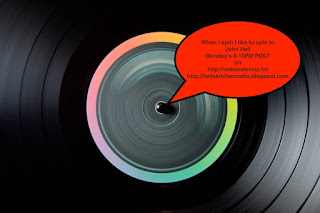 Stream the Circus HERE!
Download the Clown HERE!
Listen into all my shows here!
Subscribe to my show, via

Sometimes taking a few weeks off leaves me feeling a wee bit rusty. Not tonight! I came out of the shoot all guns blazing hot! Something for everyone in the first hour. Lots of dub in the second. I close out the show with a tasty 13 minute live Jimi Hendrix jam from New Years Eve 69/70 that you are sure to enjoy.

I spent a little while at Econo Jam Records in Oakland today. This was a first for me, but I can promise you it will not be my last. Living in San Francisco for most of my life got me used to the many fine vinyl establishments on that side of the bridge (I actually types “this side of the bridge”, forgetting that I don’t live in SF now): Amoeba, Stranded, 1234Go, Thrillhouse, just to name a few. But living in Berkeley has opened my eyes to more more MORE!!!!
We truly are living the dream, aren’t we.

Hey, I hear WAND is playing this Thursday at Starline Social Club in Oakland. All ages. Make this happen.

Also, Flint still has no clean drinking water, and Puerto Rico is mostly out of power.
Enjoy.
jh