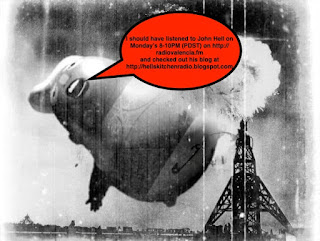 Stream the Awesome Challenge HERE!
Download the Keys to the Musical Gate HERE!
Listen into all my shows here!
Subscribe to my show, via

Once again I have outdone myself. Even after almost 30 years I still have the ability to put a set together that continues to prove that commercial radio has, does, and always will suck.

The legendary record label and recording studio, Fantasy Records, is closing. I pepper in a few artifacts in tribute, including some CCR, Lenny Bruce, Rancid, and Primus. I took a few requests, one of which is a brilliant 20 minute long devotional Sufi piece, and some Flo and Eddie in the form of a live Zappa/Mother’s from 1970.

What will I do next Monday to top this one? Tune in Monday 8-10PM to find out.

Monday, August 20th, my brother from another mother, Eric McFadden will be in the studio to co-host our 3rd (non-consecutive) Steel Bridge Special. This is always a hoot.

Grapevine: The Slits
How To Relax Your Colored Friends at Parties: Lenny Bruce
Roots Radicals: Rancid