The Greening
http://www.myspace.com/thegreening
8pm
The Greening’s mission statement is to push pop music to new frontiers through their blend of accessible experimentation. Our first stab at this was realized on our debut LP, 2003’s After Shoal Parlor (released on our label, Zairecords–it’s available with secure Paypal checkout here!). And then . . . we went behind the scenes. 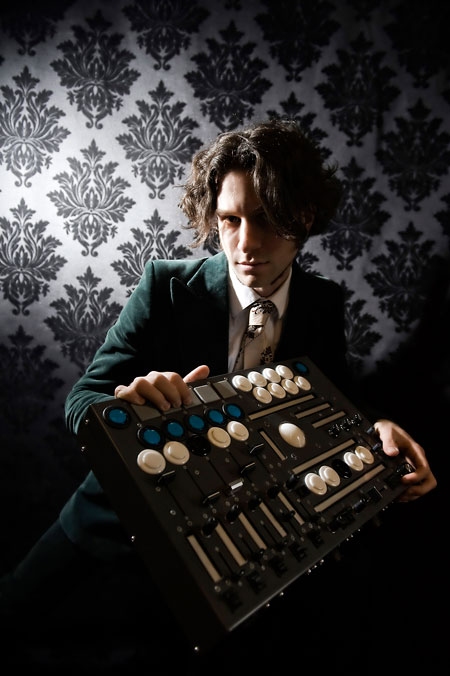 MOLDOVER
http://www.moldover.com
If technology and music are your life, brace yourself- Moldover is about to reformat your soul. Hailed by 700,000 YouTube viewers as “The Godfather of Controllerism”, Moldover is a new breed of music icon. Combining the charisma of a rock star, the mad genius of a basement inventor, and the radical inclusiveness of the DIY internet generation, Moldover is “literally throwing away the rule book and reinventing the wheel” (Remix Magazine). Witness his balls-to-the-wall live show at a club, experience his multiplayer music installations at a festival, or pick up and play the “light theramin” packaging of his debut album and understand why the next paradigm for music is a one-man-brand called Moldover.