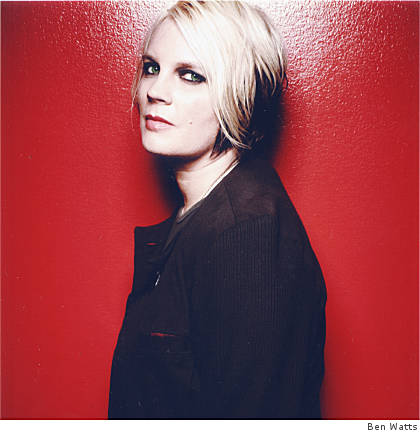 This Wednesday at 6:00 pm, Drinks With Tony is joined by Penelope Houston. She will chat with host Tony Dushane and DJ some of her favorite music. Tony will also play new tracks from Penelope’s latest release “On Market Street.”

Known as the front woman for the legendary punk band, The Avengers, Penelope has since established herself as an accomplished solo singer/songwriter, exploring themes and music that wouldn’t quite fit into The Avengers’ sound.

Yahoo Music recently declared The Avengers self-titled debut release as one of the 25 Essential Punk Rock Records Of All Time.

Listen in as Tony and Penelope shoot the shit and play some great music. And check her out onstage with The Avengers on May 25 at The New Parrish or performing solo on March 29 at Cafe Du Nord before she and her band take off on their European tour.

It all happens at 6:00 pm, Wednesday, March 21st, on Drinks with Tony, hosted by Tony DuShane right here on Radio Valencia.