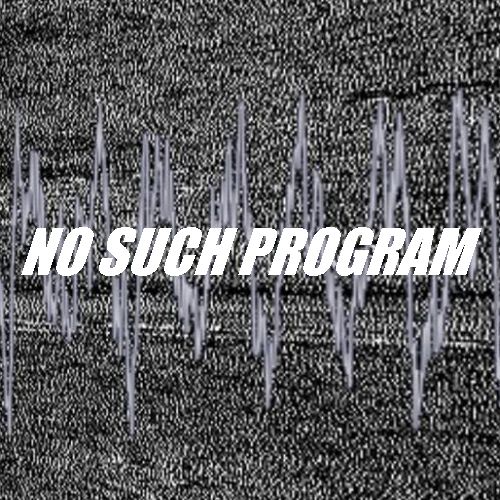 We regret to inform our listeners of the cancellation of No Such Program, the four-hour experimental music show which until recently occupied the Tuesday morning slot of 12:00-4:00 AM on our schedule.

The unexpected runaway popularity of the program was repeatedly causing our server to crash as a result of excessive log-in attempts and file requests. For the final episode last week on July 3, there were over 12,000 user requests to access the live stream during the first twenty minutes of the broadcast, crippling our web server and causing 500 Internal Server Error messages to appear on the computer screens of millions of internet users around the world.

When our server threatened to increase our rates to $2500 a month, we were forced to choose between cancelling the program or running ads on our site. We elected to remain, now and forever, Commercial-Free Radio.

Ferrara Brain Pan, popular DJ and host of No Such Program, has turned down a contract bid of $23 million from corporate media giant Clear Channel, who sought to launch worldwide syndication of the popular show via their extensive global network of commercial radio stations. Instead, he has been fielding offers from NPR, BBC Radio, and German public broadcasting network WDR, with plans afoot to return to the airwaves no later than fall of this year.

As Ferrara said in a recent television interview, “We gots to git tha messij out to tha peepulz an’ keep tha music comin'”…

Past episodes of No Such Program will continue to be available as podcasts on the Radio Valencia website at rvpods.com/nsp.