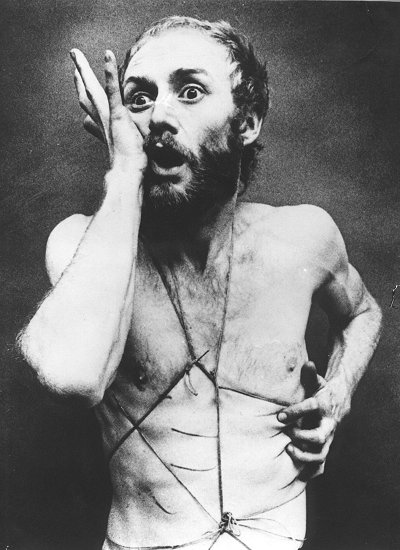 In 1986 I was set up by Judge Mike in Massachusetts for the assault of a woman. She was paid $19,000 by Sgt. Cabral of the New Bedford Police Department (Station No. 2) to fabricate false charges of sexual abuse by me.

In 1987 in Homestead, Florida, I was in an open field next to where I worked, when I was fired upon by the U.S. Air Force using large cannons. The FBI in Homestead tried to give me cyanide and offered to pay me $300 to keep silent.

In 1993, while fishing at the waterfront park in Seattle, I was assaulted by President Clinton, who was visiting the city. I was approached by one of his bodyguards and asked to speak to Clinton, and when I refused, he grabbed me by the arm and pushed me towards the President, who slapped me in the face, breaking my nose.

In 1994, the FBI in Seattle continued its seven-year period of brainwashing in Harbor View Hospital in Seattle, where I was assaulted by two guards who tied me down, covered my face and forcefully inserted a plastic tube in my penis. They injected AIDS, VD, gonorrhea and guerrilla germs into my veins. Then I was thrown in jail because I cut the straps holding me down, trying to escape. When I got out of jail, the FBI manipulated my mind so that I tried to commit suicide in my own bathtub with salt and electric wires. The CIA then put poison pins in my arm and extremely quick acting poisons in my drinks, trying to kill me.

From Seattle I ran to New Bedford, Massachusetts, where the FBI put empA salt in my veins at a clinic there. They gave me illegal injections which were supposed to kill me in ten days. The ATF agents, on orders from the State Department, became involved. They paid my brother, Vasco Sousa, $7,000 to put me in a mental asylum. Under Dr. Chang’s care and control, I was continuously brainwashed and made insane. They hooked a computer up to my head that was supposed to blow my head apart, but I foiled them with my own brain power. They put two germs in my stomach and warned me that if I removed them they would kill my family and friends. I did not remove the germs for their safety.

I arrived in Massachusetts in July 1995 where ATF agents took my image and made an animal of it. They took all my other images and turned them into gay people and food. They took my soul away from me, the light out of me, the brain cells out of my head and stopped my normal brain functions, trapping me in a doll. The Messiah wanted me to be his son and ordered me to be King of this country. The U.S. Government burned some of the Messiah’s and the Father’s people. Others they turned into half-men half-women and chopped off their legs and their tongues. They have put people inside computers, turned people into audio tapes and wild animals, and people have been reborn from their asses. People have been buried on the moon and hooked into a space satellite. They have taken people out of graves, burned them and treated them like guinea pigs. I am in this world from another world that has been burned…

And I am the only one who can save this world before it is too late.