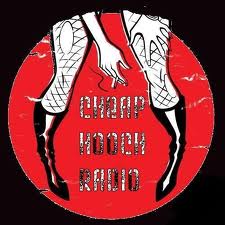 We hate to brag, but—ach, the hell with  fake modesty, we love to brag when Radio Val gets good notices, and this has been a spectacular week for us. Earlier this week, NBC Bay Area’s blog highlighted Under Raps [below] and now, on Friday, Cheap Hooch receives warm praise from the TRI Studios site (the ultra-modern, ultra-cush recording studio/ streaming venue founded by Bob Weir.)  After drawing some witty slams on hipsterism from Hoochie DJs Holly and D$, writer Jason Maeda advises readers, “For kick ass music, hilarious guest appearances (I’ve been on there twice,) and local music news, check out Cheap Hooch every Sunday from 4pm to 6pm on RadioValencia.FM.”

We advise taking his perceptive advice! Read the full piece.