Cold Ones & Rolled Ones with Ami Lawless is honored to have legendary metal bad-ass Paul Speckmann of MASTER on tonight’s show. MASTER who originated in Chicago, has been laying down the most brutally uncompromising death metal on the planet since 1985 and Paul (vo-kills & bass) has managed to keep this beast chugging away for 28 years now! This band has been a true influencial force in the international death-metal genre, who remain as vital today as they did in the early days. This weekend bay area metal heads will have the opportunity to experience MASTER in person at The Oakland Metro Opera House. This is a rare opportunity since Paul now calls the Czech Republic home, making US visits far and few between. If this chat with Mr. Speckmann wasn’t enough; the good folks at Rogue Ronnin Promotions will be giving a few sets of tickets away on the show tonight as well. If you’re wanting to attend the MASTER show this coming Saturday March 2nd at The Metro, listen in for your chance to win. Of course only thee most crucial in hardcore/punk/metal will be spun and chaos shall rule the airwaves! 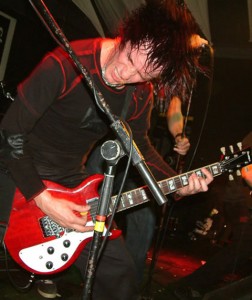 Drinks with Tony was sponsored by the number SIX. All songs were six minutes long. Our winners were Einsturzende Neubauten and Gary Numan. Both tied at 6:03.

Blixa and Gary will receive a year’s supply of Vaseline and a bag of sand. Thanks for playing along. Playlist below, and stay tuned for the video podcast in March 2012. 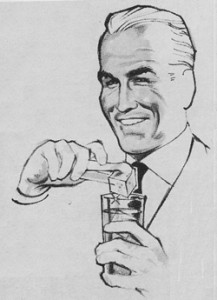