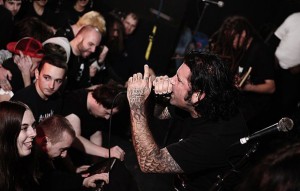 Shane grinding the crowd to dust!

On today’s episode of the only radio show that matters AKA Cold Ones & Rolled Ones with Ami Lawless; guests will be 80’s speed metal legends WEHRMACHT (from Seattle WA) and Shane Pain McLachlan of west coast grind masters PHOBIA. We will be giving away a few sets of tickets to the WEHRMACHT, SMD, VOETSEK, CRYPT KEEPER show at The Oakland Metro Opera House for this Friday February 22nd. Be sure to tune in for your chance to win and of course we’ll be spinning only the best in hardcore/punk/metal to please your quiet ears.WEHRMACHT can be directly linked as an inspiration of contemporary thrash and speed metal bands of today. Bands like MUNICIPAL WASTE and TOXIC HOLOCAUST would not be doing what their doing without WEHRMACHT laying the ground work. After taking some years off WEHRMACHT have  over the past few years been bringing back their brand of crucial speed metal to the masses… and the fans of this genre are stoked! This ain’t no reunion tour, this is the real deal metal attitude with head banging and circle pits! This band was never for the meek and nothing has changed for these dudes over the years.

PHOBIA will be playing in San Francisco this Saturday at what used to be called The Rocket Room. One can not talk of the grind genre without mentioning this band! Shane has kept this beast of a band going strong since 1990, through line up changes, solid release after solid release and continuous touring. This band has built a cult fallowing and deservedly so with critically acclaimed releases like  “What Went Wrong demo”, “All That Remains”, “Return to Desolation”,”Enslaved” and all the other crucial releases and splits….this bands’s discography is massively impressive.

PHOBIA  just experienced every  bands worst nightmare yesterday. While on tour they had a pretty bad car accident; totaled their van and their roadie Danny Ruiz of Phoenix grind band GAWDAWFULNOISE sustained a broken back. We here at CO&RO wish Danny a speedy and full recovery; it takes more than a car accident to keep a true grinder down! 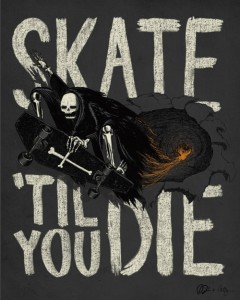