We like foreign weird music, and weirder foreign stories. Join us in the eternal human pastime of deriving humor from The Other.

As our first show after a long hiatus, there is a certain amount of "getting back into the swing of things" that must be done. That is to say, we just did this show so we could do this show, and we didn't prepare 800 stories, and we didn't provide helpful interpretation of the news stories, and the music wasn't perfectly synced up, etc. In point of fact it NEVER WAS and it NEVER WILL BE so get over your unreasonable expectations. We have enough shit to do without you bothering us about it, ok? This radio stuff is hard.

Anyway, sorry about everything. I'm confused. What's going on? 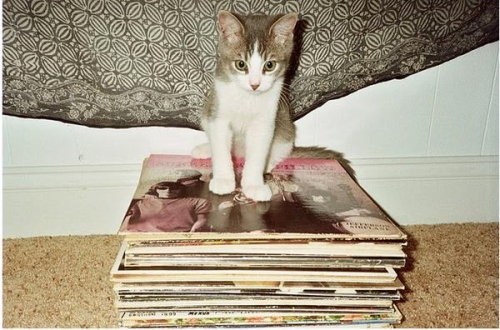 MUSIC of INCOMPREHENSION
* Folkstep
* it's a thing where you take, like, ethnic music
* and you mix in some Dubstep
* no, it's really good actually
* you know, Dubstep, with the gigantic wobbly bass lines
* where are you going?! Come back!

You should have seen this coming:
MELANGE OF A MILIEU: TURKEY!
* Ever wonder what turkey is called in Turkey? A ridiculous "Who's On first/royale with cheese" scenario ensues.
* A thoughtful critique of Turkish film adaptaions
* Adaptations like Star Trek, Star Wars, Superman, E.T., The Exorcist, Rocky, Rambo, Wizard of Oz... uh...
* Pirates of the Caribbean?
* Interesting "facts" about Turkey
* If they're called fairy chimneys, where are the fairies?
* Stories from the weird side of the transcontinental country, i.e. both sides
* Istanbul (Not Constantinople) (Not Byzantium Either): a retrospective
* Orin will probably start talking about geology, at which point it's time to move on to...

No, really, there's a lot of good stuff, such as our...
STORIES OF UNPRONOUNCEABILITY
* Calls for cats resignation; "that cat won't hunt", say lawmakers
* High school, Obama fisheries fights giant jellyfish by inventing new caramel candy for astronauts
* If only there were a way to make travel tours less boring -- I've got it! Afghanistan!
* A real-life, true-blue, button-your-shoe sandal scandal
* "Sure, the vet bill costs thousands, but it's our national ridiculously cute animal"
* Grab a dude's butt? That's a lashin'
* Iron Pastry Chef: Greece -- this week's special ingredient... cocaine!
* Donkey legally runs for Mayor, takes no kickbacks
* Atsa spicy curry! I'm going to the hospital now, as my usual diet is oats and herring
* Britons: wipe before texting, it's gross
* Meanwhile in Holland: here, shit in this plastic bag
* No sex please, we're over 60
* Special! Lightning Round... Round the World

GUESS THE COUNTRY
* Nah, don't
* That game is hard sometimes 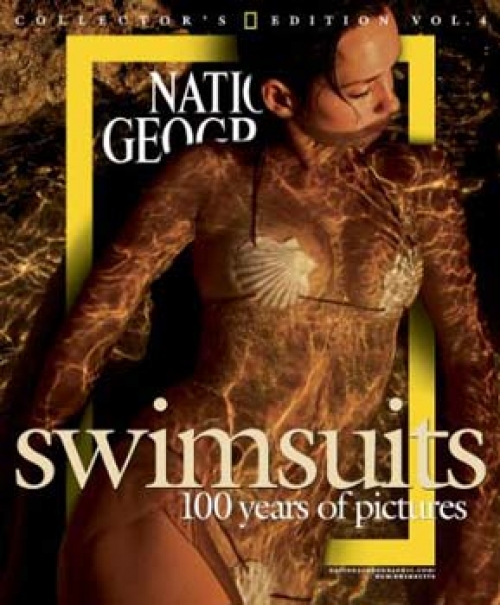 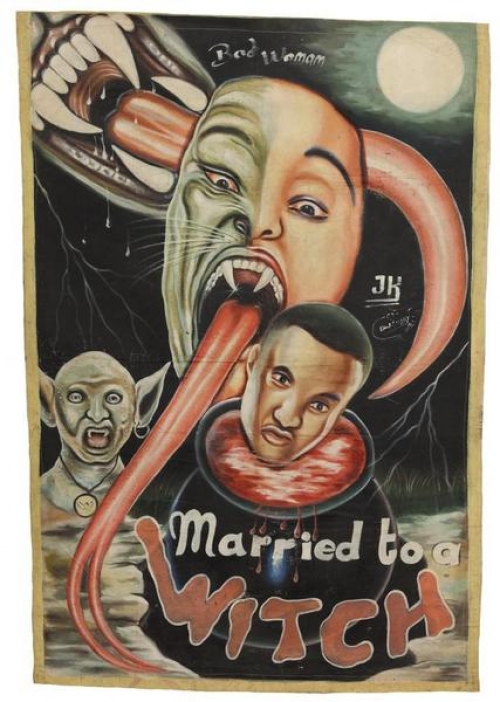 This can be considered a follow-up, if you will, to last week's epic episode wherein we covered the world many times over. So big is the world (it turns out) that there wasn't room enough for such STORIES OF UNPRONOUNCEABILITY as:

To the delight of all, we have found time for some truly great MUSIC OF INCOMPREHENSION including:

GUESS THE COUNTRY
* prizes!
* dumb banter!
* ethnic/national stereotyping!
* Lynae says she's tired of having to guess all the time!
* someone please for gawdssakes call in or chat!
* no Googling. I'm serious, NO GOOGLING.

MUSIC
* Orgasmatron
* You're Cheatin' Heart
* Delilah
* man, don't we have any foreign covers of happy, nice songs?
* Rape Me

BONUS: a polyglot dictionary entrepreneur/unicycling evangelist/space survivalist who is NOT Japanese.

Remember, if you miss any of our shows you can listen/download them here: https://radiovalencia.fm/podcasts/?show=radio+unpronounceable 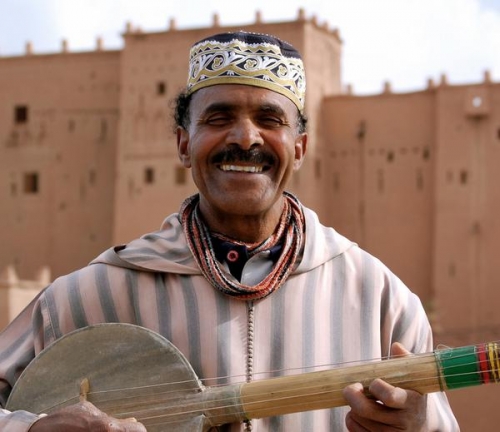 What better way than to go on a mind-expanding trip, across oceans of culture, to discover a music forgotten by time? You'll find how exciting a traditional droning 3-stringed goatskin lute and 7-horned bagpipe-like folk oboe can be!

This week we profile Turkmenistan, a perfectly functional central Asian country with scarcely any corruption problems, unusual politics, or bizarre infrastructure. Since president-for-life Türkmenbaşy (father of all Turkmen), a former electrical engineer and Soviet orphan died in 2006, many welcome changes have arrived. People are permitted to move about the nation on subsidized $5 flights. Government employees are no longer required to to take a 37km "health walk" annually in this, the hottest Asian country. All vodka bottles do still bear his likeness, however, while beards, gold teeth, dirty cars and opera remain a faux pas.

Say it with me: Mélange! A mixture of unrelated parts!
All together now: Milieu! A social or cultural setting!


Meanwhile, GUESS THE COUNTRY gets harder and harder... here's some real toughies:


Here are many other STORIES OF UNPRONOUNCEABILTY we have the newsroom chasing up:

* Journalists not liked in Nigeria, I suggest they stop stealing penises
* Malaysia still smells bad
* Despite reprimands, Orangutan finds nicotine patches useless
* How do you even get 110 pounds of lamb meat into a suitcase?
* Controversial lunar no-fly zone enacted... no word if Christmas on the Moon still possible
* Scientists bored of searching oceans turn to local fish markets to discover new species
* Seriously!! Let us tell you about these yellow Greek mafia donuts!!!!


Last & somewhat least, now that I think about it, I used to play so much, man we should really play more MUSIC OF INCOMPREHENSION
* Don't worry. I mean, I've got stuff. Good stuff.
* Hey, YouTube has stuff
* Here's some cool pictures from Flickr. I know that's unrelated but I needed more bullet points: http://www.flickr.com/photos/orinrobertjohn/galleries/72157627536568499/
Rahdio Un-pernounce-able's Triumphant Return
September 7, 2011 4:00pm
download | permalink | chatroom
Radio Unpronounceable
Rahdio Un-pernounce-able's Triumphant Return
Radio Unpronounceable Rahdio Un-pernounce-able's Triumphant Return
We weren't here last week. Did you even notice? You didn't, you insensitive cad, and to make up for it you need to listen to us this week as we cover a scintillating array of topics like:

* Does farting count as "friendly fire?"
* Chuck Norris and the U.N. agree, but Chuck is too busy doing roundhouse kicks to understand that.
* You pay your doctor; if he kills your brother, can you kill your doctor for money?
* Our favorite sterotyping game: guess the country!
* Necessity of knowing what you're packing before lending library books highly overestimated, court declares.
* Made in China: holy books filled with errors
* Made in China: American civil rights leaders
* Made in China: really expensive dogs that are NOT for eating
* Made in China: virgins, apparently
* Progressive Dutch solve asylum crisis with game show
* Mega-rare Buddhist flower, possible slime mold
* "Wait, you mean I can just waltz into any museum and snort a dead animal to get a hardon?"
* What I did on my Summer vacation, goofy American fighting for Libyan rebels edition
* The War on Fun continues... in Iran
* If you urinate in an abandoned house filled with donuts, don't buy donuts next door
* Many more too asinine to list!


Of course we will have our usual selection of fine musical selections,

* Blathering old Jews -- no, really!
* Dub reggae with a Laotian khene, khaen, khein, however those Louses spell it.
* "Tequila" as heard in a disco in Spain in 1978.
* Some plinky Chinese shit, you know what I mean Orin.
* The famous "Yok Yok" song (we promise to sing the lyrics we know)
* Macedonian pop
* Palestinian pop
* Cambodian pop
* Ok, you have heard of Sublime Frequencies right?
* Eskimo throatsinging, but only if you're good