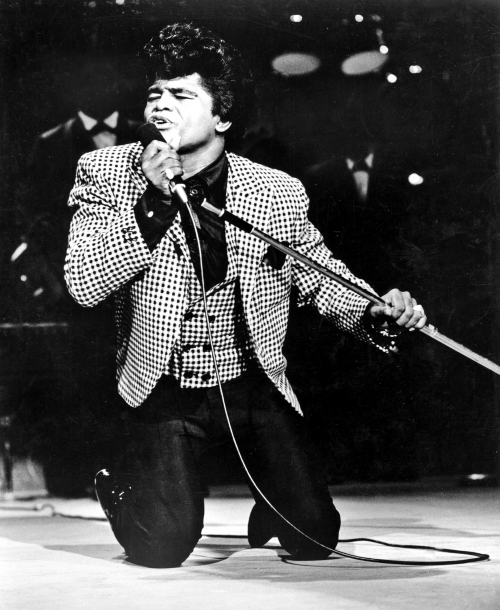 I was lucky to have seen the Hardest Working Man in Show Business perform live three times, and each was better than the previous. I was also honored to have interviewed him in 1992 (or was it 1993?) soon after he got out of prison, during my Friday 10am-2pm jazz, soul, funk show on KFJC, Temple of the Bird. He graciously offered my 15 minutes to talk about his music and not to bring up prison, women, or drugs. Thanks James.

The opening two hours, feature two shows from two of his hot 70s-era bands, and can be found on the RV blog page: John Hell's Live Bootleg Bonanza. If you're having a hard time locating that, go visit my blog [url]hellskitchenradio.blogspot.com[/url]

The second half of my show, which you can find here, is all about the hot studio sessions that had us up and sweating on the good foot. See the set list below and get up on the get down.

More Mess On My Thing: The JBs
Funky Music Is My Style: The JBs
Shake It Baby: Maceo and the Kings Men
Get Up, Get Into It, Get Involved: James Brown

I Know You Got Soul: Bobby Byrd
If You Don't Give Me What I Want: Vicki Anderson
What So Never The Dance: Bootsy Collins

Get On The Good Foot: James Brown