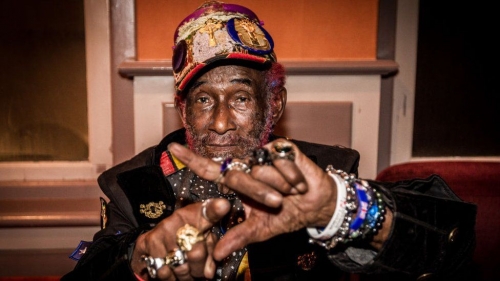 There would be no roots, no reggae, no dub, no Bob Marley if it were not for Lee "Scratch" Perry. True to form, he pushed the Jamaican music scene way beyond the limits, and took it international. Tonight we start the show with a performance from Perry and the Robotics, July 4, 1998 in Norway. This is a FM broadcast and a soundboard recording. Great stuff here.

The second hour features the band that would not be if it were not for Mr. Charlie Watts: The Rolling Stones. I loved reading Keith Richards' memoir for many reasons, not the least of which was his retelling of their desperate need to have Charlie Watts on the throne, and how expensive he was to hire. Also, the story of Watts telling Mick Jagger he wasn't his drummer, Jagger was Watts' singer, and then punching him in the face. HA! I'm one to believe the Stones stopped being relevant right after "Exile on Main Street" came out. My favorite era was 1971, so the show I have for you, March 13, 1971, from University of Leeds, is a must have! This is an excellent soundboard that should have been officially released...but it wasn't! So I have it for you. This show comes from "Get Yer Leeds Lungs Out" - label: Might Diamonds [MD 2004]
I add a couple of other treats to round out the show.

If you miss seeing live music as much as I have, then I think you're really going to enjoy my Monday night Live Bootleg Bonanza on Radio Valencia. I have thousands of shows from hundreds of artists and bands, spanning many genres. Every Monday is a chance for me to share some treats with you. I hope you enjoy and share the music.