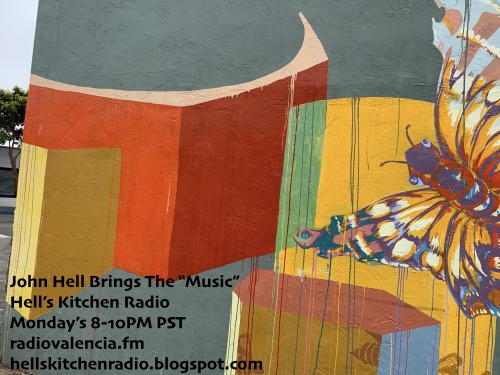 Often times I pull my music shortly before I leave for the station, looking for albums that I either recently purchased, or something I haven't listened to in a long time. There are also times I pull records that I haven't listen to quite enough, and figure I'll try out a track on you. That being said, these records rarely get played on my show. I don't really want to experiment on you that much. That wouldn't be fair. You want to tune into a show where the host actually has done the work for you.

I've trained countless DJs over the years. Though I impart upon them my style of programming, it's important that they find their own voice, as I did. Starting my radio life at the great KFJC (88-97), I was trained by Hell'n Hairspray, who shared her own wisdom about mixing accessible tunes with more challenging tracks. There were two school's of thought at the Fine 89: Mix it up so as not to alienate the listener, and push the limits 100% of the time, listeners-be-damned! I come from the former school. I like to push the limits from time to time, but I also don't want you all running for the hills, or to Dave-FM. HA!

On this show you get a mixed bag of sonic goodness. It's the 50th anniversary of Led Zeppelin's fourth release (untitled), I throw in a version of Pink Floyd's "Wish You Were Here" that you have never heard before, some folk blues from the deep south, Japanese psych, Detroit proto-punk, West Kenyan Guitar, Aussie garage rock, Detroit blues, and The Residents, along with many other tasty treats, fresh from Hell's Kitchen Radio.

Take a moment and glance at the playlist, and then click on the link to stream or download this episode.

Radio Valencia is a self-funded endeavor. If you are enjoying our shows, I'd like to ask you to donate a few dollars our way. This link will take you to our PayPal, which is hosted by SFIndyMedia, our non-profit benefactor. All donations go to Radio Valencia. Thank you in advance.

Halo of Flies (acoustic): The Melvins
What Do I Get?: Destroy All Monsters

The New Gospel Keys: In That Great Getting Up In The Morning