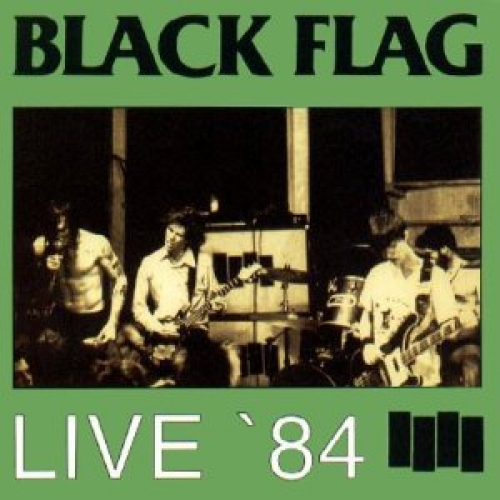 I was asked recently which genre of music defined me the best. This is an almost impossible question to answer. We used to play this game during the weekly KFJC meetings, during the new music run-through, where the person who reviewed the record had to tell us what the genre was. The unspoken role was to come up with the most creative genre to describe the music. Let's just say a lot of hyphens were used during these discussions. Considering the audience I was in front of when I was asked this question, I kept it simple: punk. As much as I love funk, soul, jazz, Grateful Dead (yes, they are their own genre, IMHO), prog, psych, Japanese-ambient-psych-noise, Mississippi Records compilations, electro-kraut-Appalachian-new-wave, punk seems to be my default.
Looking at my live music collection I noticed I haven't shared that many punk shows during this slot, so tonight I have three great west coast punk bands squeezed into two hours.

First up, SST champions: Black Flag. There would be no SST without Greg Ginn. He founded the label to put out Black Flag records, and the records of his friend's bands. And good for us! This show is a real treat. It's the Henry Rollins era from April 6, 1984, in his own Washington DC backyard. I love the energy of an east coast punk audience. You will too.


The second hour features two Mike Watt bands. First up is the legendary Minutemen from The Stone in San Francisco, March 1, 1985. I often wonder what would have happened to this band, and to D Boon specifically, if he hadn't passed away. So much talent there. This is such a great show. Every song played to its best, in front of a crowd of Minutemen enthusiasts.
Lineage: FOH soundboard > Marantz PMD-430 w/dbx nr, Maxell MA 90

The final show for the night is a short acoustic set from Mike Watt's band fIREHOSE, recorded live at Brandeis University in Boston on March 17, 1987