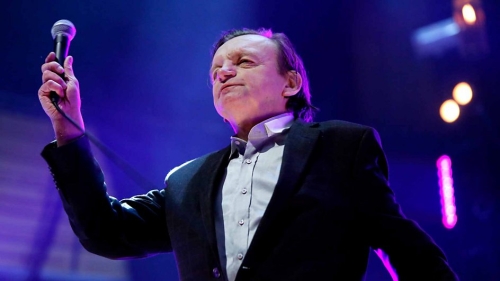 Oh wow, OK then, here we go. Another week of me diving deep into my live bootleg library to share some treats for you. And have I got a couple of tasty morsels for your earbuds? Darn tootin' I do!

First up is The Fall from the 6 Music Festival at Gateshead, UK, February 21, 2015, featuring the master

of post-punk himself, MES (aka: Mark E Smith). Full disclosure: though I was turned onto The Fall starting in the late 1980s when I was at KFJC, I wasn't ready for them. It's like giving a toddler dark chocolate: my palate just wasn't ready. And then when it was ready, where to begin??? I'm happy to say that over the past 18 months I have dug deep into the discography of this incredible band, read more than my share of exposés on the band, purchased 10 LPs so far, and downloaded about 20 live shows from 1985 up until their final tour just before MES passed in 2018. He didn't even tell he bandmates he was sick!

Ask me in five years what I think about this band and I may not let you leave until I've convinced you they were the greatest band of all time.


Headlining tonight is a man that just could not be stopped! I'm talking about the Nigerian Nightmare, Fela Ransome Kuti. Absolutely a challenging and important figure in Pan-African music and sociopolitical circles. Every song was a shot across the bow of those in charge. It's a wonder he lived to 58. He's like Bob Marley and Che Guevara all wrapped up into one, claimed the Herald Sun of Melbourne, Australia in 2011. How right they are. Being a huge James Brown fan throughout my life, when I got turned onto Fela in my early 20s, I was hooked. Most of his many releases include album-side tracks, each at least 20 minutes in length. I own 40 of his over 60 releases. It is my hope to own his entire discography some day. Every track is a blessing.
As for this show, you get to enjoy one of the finest audience recordings in my collection. Fela Kuti and Africa 80 at the City Broiler, in Santa Barbara, CA, August 15, 1987. I don't know the generation, but it must be close to the master, it sounds that good. And the band is HOT!!!