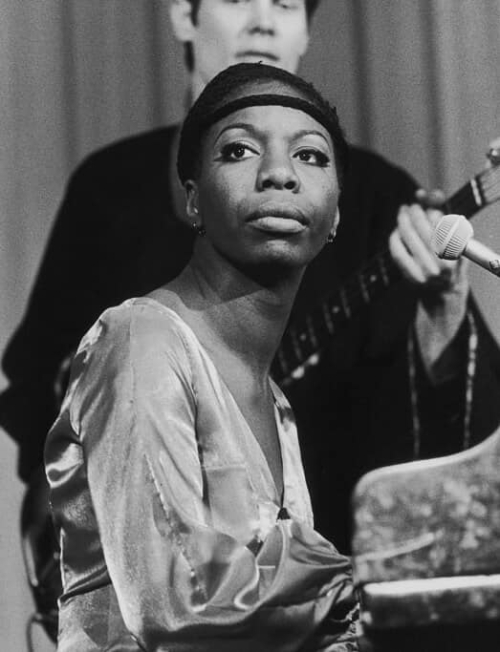 There was Jazz playing in my house growing up, but it wasn't until I hosted a Jazz specialty show on KFJC for four years, that I really dove deep into the genre. There's so much to discover in this truly original American genre.
Monday night, starting at 6pm PDST I've got two great shows to share with you.

First up is the currently departed saxophonist Pharoah Sanders in all his blazing glory, live from the Early Bird Jazz Club, in Antibes, France, July 21, 1968. This show is early in his career as a band leader, and features the late, great Lonnie Liston Smith on piano, Norris Jones on bass, Majeed Shabazz on drums, with guest Michel Roques on tenor sax. Sanders died on September 24, 2022, at his home in Los Angeles at the age of 81.


Our headliner tonight is undisputed heavyweight jazz vocalist of the civil rights era. The one and only Nina Simone. I can't believe I have yet to play a show of hers on this show. Some might tell me I need to play more female Jazz vocalists. To that I say "no thank you!". OK, actually there is a lot more room for female Jazz vocalists. I'm just partial to Miss Simone.
This show is taken from a professional video, recorded March 25, 1969 at the Olympia Theater, Paris France. Hey, two shows from France tonight, less than a year apart, by two Black musicians who were treated with disdain by White American, just to be loved by the French. What a surprise! This entire show features the brilliant piano playing and singing of one of the most original performers ever to grace a stage.