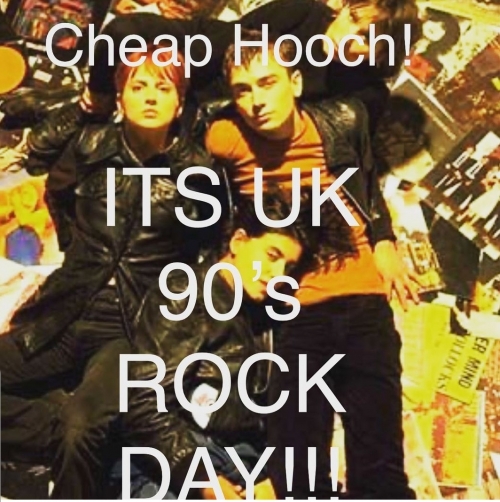 So Young by Suede
Turn It Up from Blur
Do You Remember The First Time? by Pulp
King of the Kerb by Echobelly
Not if You Were the Last Junkie on Earth by The Dandy
Pure Morning by Placebo
(Sigh) by unloved
Look Like That by Sneaks
This Wicked Tongue by PJ Harvey
Empty Glasses by the Amps
He's My thing by Babes in Toyland
Connection by Elastica
Do You Want Me? by The Dials
Cover Me by Parlor Walls
DC-10 by Kleenex
Alala by CSS
Teenage Kicks by Nouvelle Vague
When You Sleep by My Bloody Valentine
Catch Fire by The Jesus and the Marry Chain
Jimmy's Fantasy by Redd Kross
Line Up by Elastica
Nancy Boy by Placebo
Beautiful Ones by Suede
Pencil Skirt by Pulp
Common People by Pulp
Ladykillers by Lush
Volcano Girls by Veruca Salt
Trashy and Raw Garage Rock & Rockabilly
July 18, 2021 4:00pm
download | permalink |
Cheap Hooch Radio
Trashy and Raw Garage Rock & Rockabilly
Cheap Hooch Radio Trashy and Raw Garage Rock & Rockabilly
Holly and Li Po played some trashy and raw garage rock & rockabilly this week for your listening pleasure. Get in a raucous kind-a-way with us.

Complication by Monks
Last Time Around by The Del-Vetss
Out of Our Tree by The Wailers
Making Time by The Creation
Rebel Woman by Dean Carter
Headin\' for the Texas Border by The Flamin\' Groovies
I\'ll Go Crazy by Tommy Quickly And the Remo Four
You Only Live Once by Jack Star
Hot Lips Baby by Herbie Duncan
Busy Body by Jolly Green Giants
My Brother the Man by We the People
Let\'s Dance by Excels
Troubled Times by Thee Headcoats
Can\'t Tame Me by The Benders
Trick Bag by The Artesians
Whatcha Gonna Do About It by The Litter
Justine by Rangers, Kim Fowley
Don\'t Need Your Lovin\' by The Chocolate Watchband
Motorboat by Kim Fowley
Red Rockin\' Blues by Jesse James
Gonna Be Loved by Linda & the Epics
Voodoo Mama by Wade Curtis and the Rhythm Rockers
Jungle Hop by Kip Tyler & His Flops
Bust Out by The Busters
Go, Girl, Go by Jett Powers
Heartbreak Hotel by Buddy Love
Werewolf by The Frantics
Chicken by The Spark Plugs
Love Me by The Phantom
I want some of that by Kai Ray
Folsom Prison Blues by The Geezers
Caught You Red Handed by Jolly Green Giants
Did Ya Need to Know by Dale Gregory & The Shouters
Go Away by The Plague
Never Thought You\'d Leave Me by The Pleasure Seekers
Liar Liar by The Castaways
Oh How to do How by The Monks
Feel it by Its All Meat
Playboys by The Deadly Snakes 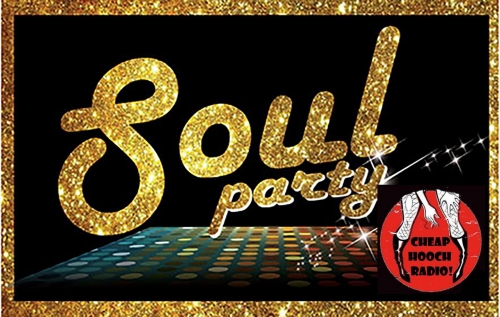 
Shot Me Throw With Grease by The Soul Twisters .
Nitty Gritty City by Swans
Fire by Gino Parks
El Green Hornet by Mauricio Smith
Doing It to Death by Fred Wesley and the J.B.'s
We Together Baby by Smokey and the Bears
You'll Never Change by Bettye LaVette
Baby What You Want Me to Do? by Emma Franklin
With My Love and What You Got by Jean Wells
Slip-In Mules by Sugar Pie DeSanto
Just Ain't My day by Entertainers IV
Do Right Man by Little Beaver & the Rocketeers
that's what love will do by Milton James
Please Say It isn't So by Lee Williams & the Cymbals
Never Like This Before by Geno Washington, The Ram Jam Band
Our Day Will Come by Amy Winehouse
What I'd Say by Ray Charles
I heard it through the grapevine by Gladys Knight & the Pips
Rubberband man by The Spinners
Stand by Sly & The Family Stone
Age of Aquarius/Let The Sun Shine In by The 5th Dimension
Natural Man by Lou Rawls
Respect Yourself by The Staples Singers
The Edwin Hawkins Singers by Oh Happy Day
Sho-Be-Do-Be-Do by Stevie Wonder
Laughing Over My Grave by Ray Stevens
Cora Lee by Titus Turner
Trance by Billy Dixon
Lucky is My Name by Bruce Cloud
No Love by McKinley Mitchell
Chills and Fever by Allen Wayne
I Resign from your Love by Syl Johnson
The Twitch by Danny White
Mary Lou by Young Jessie
Hey Baby by Otis Redding
Edwin Starr by 25 Miles
I Don't Want To Lose You by Caroline Franklin
Teach Me How to Shimmy by Isley Brothers from Slow Grind Fever 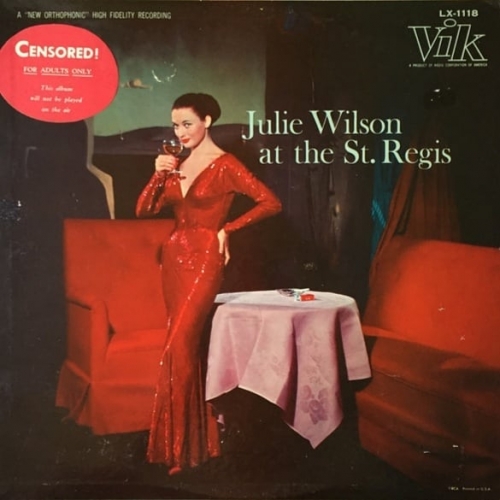 
Nightmare by Artie Shaw
Voodoo Moon by Ted Aulletta
A Bad Bad Woman by Julie Wilson
Uskudara by Udi Joseph Kouyoumjian
Jonny by Eartha Kitt
The Blob by The Five Blobs
Chica Chica Boom Chic by Carmen Miranda
Tumpa (Earthquake) by Yma Sumac
Berimbou by Astrud Gilberto
Going Out of My Head by Serio Mendes & Brasil '66
Zanzibar by Sergio Mendes & Brasil '77
Love Music by Sergio Mendes & Brasil '77
Concierto de Aranjuez by Miles Davis
Mr Robot by Les Baxter
You Are Not Alone by Leonard Nimoy presents Mr. Spock's Music from Outer Space
Feeling Good by Sammy Davis Jr.
Shahdaroba by Roy Orbison
Zoo Be Zoo Be Zoo by Sophia Loren
Right Now by Mel Torme
The Lady Is Blue by Les Baxter from Space Escapade
Saturday Night On Saturn by Les Baxter from Space Escapade
Well You Needn't by Thelonious Monk from Palo Alto
Functional by Thelonious Monk with John Coltrane
Always True to You in My Fashion by Peggy Lee & George Shearing
Something for Cat by Henry Mancini from Breakfast at Tiffany's
A Taste of Honey by Hert Alpert and the Tijuana Brass
Theme from "Joy House" by Jimmy Smith
El Cumbanchero by Miss Teal Joy
When First I Love by Martin Denny
Black Coffee by Bobby Darin
Slaughter on 10th Ave by Arthur Lyman
Celebrating Our New Home With a Party!
June 27, 2021 4:00pm
download | permalink |
Cheap Hooch Radio
Celebrating Our New Home With a Party!
Cheap Hooch Radio Celebrating Our New Home With a Party!
We had a full-on open house for the new studio. It was an all day party starting with Marco Middlesex's show, then Malderor's Curated Catastrophe, Cheap Hooch, and Long Time Caller, First Time Listener. Fun was had, and music was played.
Summertime!
June 20, 2021 4:00pm
download | permalink |
Cheap Hooch Radio
Summertime!
Cheap Hooch Radio Summertime!
An adventure in matching music tastes after a year of doing shows on our own. Lots of fun.
Back in the Studio!
June 13, 2021 4:00pm
download | permalink |
Cheap Hooch Radio
Back in the Studio!
Cheap Hooch Radio Back in the Studio!
Our first show back in the studio in our new studio space. Island Girl played some of her psychedelic favorites including a few rare tracks from LA's Paisley Underground. 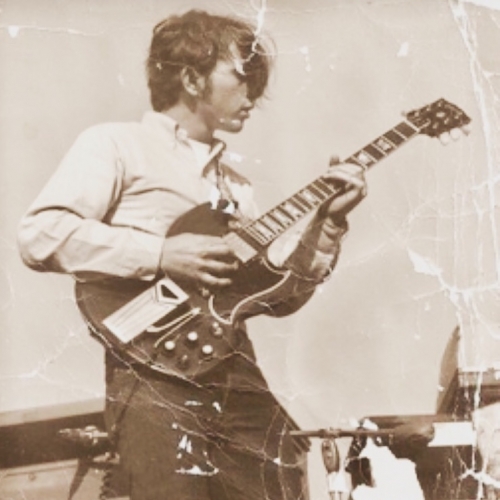 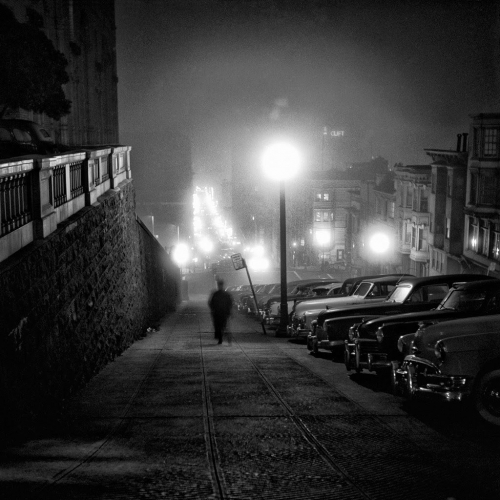 
Freddy King by Just Pickin'
I'm Sinkin' by Lowell Fulsom
That's No Way to Get Along by Robert Wilkins
The Fat Man by Fat's Domino
Hey La Bas! by Fat's Domino
Ramble by Albert Washington
Now Do You Hear by Earl Gaines
Down in the Bottom by Howlin' Wolf
Slowly Losing My Mind by Sammy Jr.
Can't This Be Mine by Freddie Hall & His Aces
Forgive Me by Elmo Nixon
Love My Baby by Bernie Hardison
Betty Jane by Max Bailey
Head Hunter by Johnny Otis
Cupid's Boogie by Johnny Otis w/ Little Esther and Mel Walker
Ocean of Tears by Big Maybelle
Tippin' by Elsie Wheat
Holey Boogie by Clara Streat
Stop That Stuff by Carolyn Montgomery
A Little Bit of Love by Bill Robinson & the Quails
Willie "B" by Carman Taylor
You Did Me Wrong by Willie Mae "Big Mama" Thornton
Midnight Blues by Baby Calloway
Voodoo Woman by The Shades
Granny Baby by The Deli-Cados
I'm Glad You're Leaving Me by Dorothea Fleming
The Devil is Mad by Dorothea Fleming
You Ain't So Such a Much by Blanche Thomas
Alright, Okay, You Win by Ella Johnson
Make a Little Love by Lowell Fulsom
Louie, Louie by Richard Berry
The Chill is On by Big Joe Turner
After My Laughter Came Tears by Big Joe Turner
That's Alright by Little Jr. Parker
It's My Life, Baby by Bobby Blue Bland
Much Later by Jackie Brenston
Lookin' for my Baby by Harmon "Hump" Jones
I Ain't Guilty by Crawford Bros.
Make Me Dance Little Ant by Joe Hughes
She's An Upsetter by Freddie Hall
You Can't Stay Here by Pearl Reaves & the Concords
Cash Box Boogie by Lowell Fulson
My Heart Goes Diddily Bum by Potato (Lee) Christy
Who Dat? by Mr. Rain 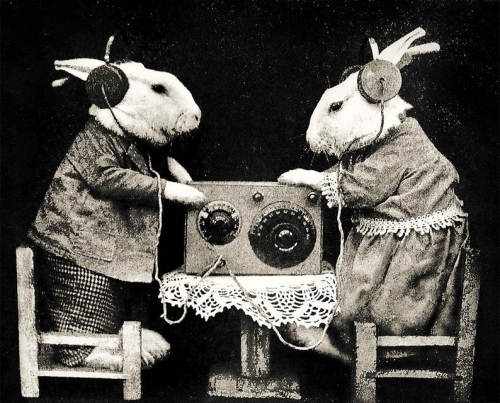 
Leap Frog by Joe Hunter with Magnificent Seven
Ain't There Something Money Can't Buy by Young-Holt Unlimited
Up Above My Head, I Hear Music in the Air by Sister Rosetta Tharpe
Cosmo's Place by Joe Hunter with Checkers
Astronomically Incompatible by The Bonniwell Music Machine
Helga Selzer by Bernard Chabert
I'm Leaving You by The Luv'd Ones
Somebody to Love by Barbara & Ernie
Sally Go Round the Roses by The Jaynettes
Puppet on a String by Gino Washington
Por Isso Eu Digo: Brasil Eu Fico by Trio Ternura
Psychotic Reaction by Brenton Wood
I'm A Woman by Fontella Bass
A Good Thing Baby by Hollywood Jills
I Keep Forgetting by Chuck Jackson
Sinner Man by Esquerita
Chances by The Ragamuffins
Notre Homme a moi by Jane & Julie
Mala Mujer by Ranil y su Conjunto Tropical
Burning Eyes by Gloria Ann Taylor
Am I A Good Man by Them Two
Odetta by God's A-Gonna Cut You Down from Live at Carnegie Hall 1960
Two Fools by Francine King
Won't You Let Me Know by J.J. Barnes & the Del-Phi's
The Hawk by Mike Hanks w/Joe Hunter
Pilgrim of Sorrow by The Soul Stirrers with Sam Cooke
The Love You Left Behind by Syl Johnson
You've Got to Reap What You Sow by Barbara Dane & The Chambers Brothers
That's All by Sister Rosetta Tharpe
Who Are You Trying to Fool by Little Ann
Vacilando con Ayahuasca by Juaneco Y su Combo
Casoar by Rol Basti
Marchand de melons by Les bretelles
The Grapevine Can't Tell you by Francine King
He Makes Me So Mad by Hollywood Jills
Paradigme by La Femme
Cheap Hooch Presents: Skeevy Sideshow Punk Set!
March 28, 2021 6:00pm
download | permalink |
Cheap Hooch Radio
Cheap Hooch Presents: Skeevy Sideshow Punk Set!
Cheap Hooch Radio Cheap Hooch Presents: Skeevy Sideshow Punk Set!
Someone is dipping another toe in the RV water...let's welcome Skeevy Sideshow! Skeevy brings us a punk set, enjoy! 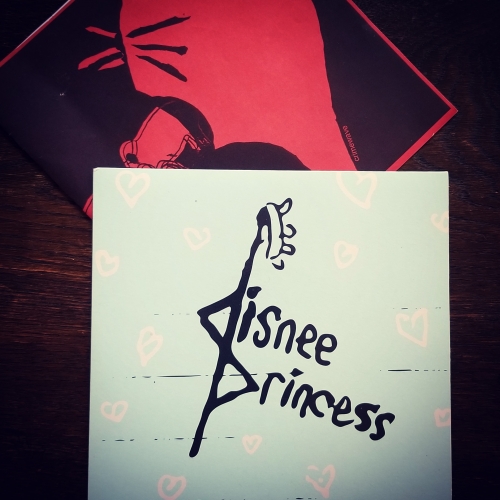 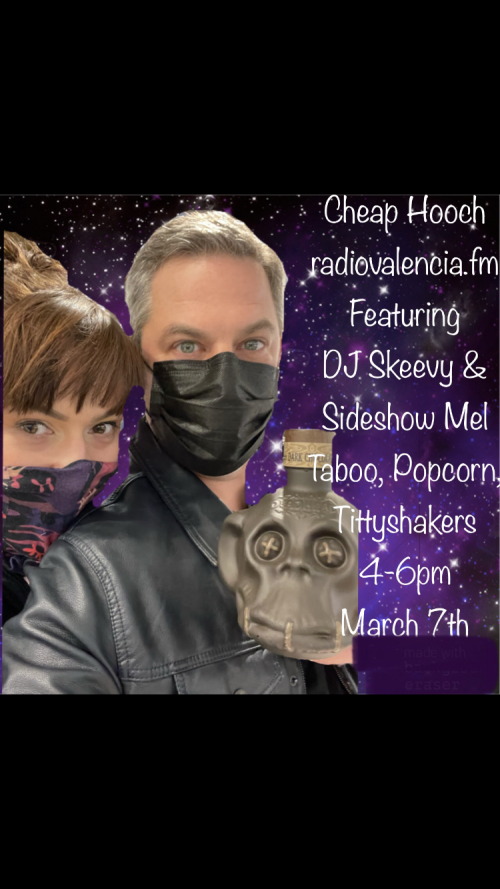 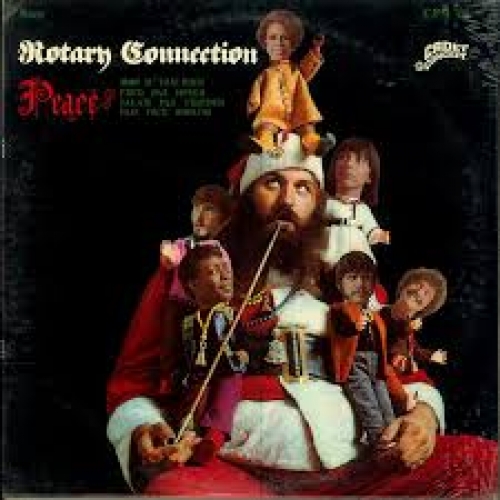 xoxoxo Li Po of The Hoochies