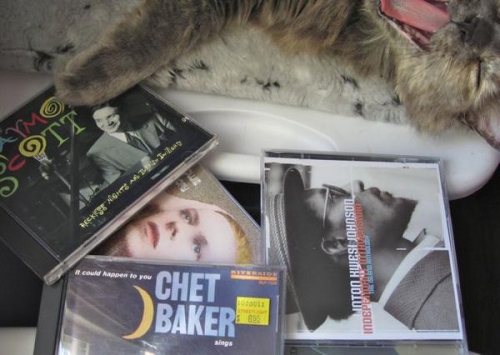 We touched all the bases (in a special way): jazz, rap, reggae, punk, dub, dust, and a whole lot more. This episode was a great way to earn your Xaos merit badge.

The playlist is below (and the podcast is coming soon), and I've added some videos and links as well: enjoy! 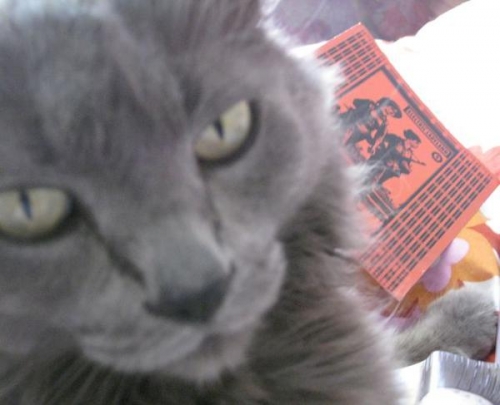 Starting off with another great tune off Bob Dylan's Highway 61 Revisited, and then touring some like-minded rootsy, American-ish tunes. Red Red Meat, Danny Barnes, Reverend Horton Heat, The Handsome Family, even Husker Du. Then we went deep on dub, including a couple tunes from the "Dub Will Tear Us Apart" dub tribute to Joy Division. 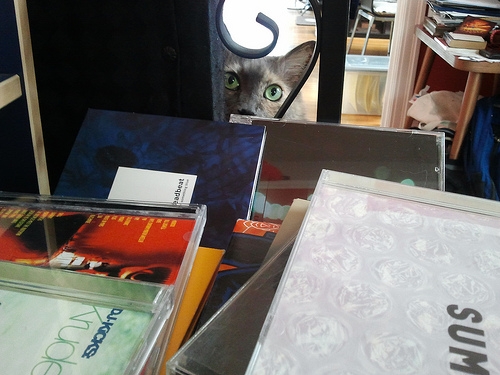 The show kicks off with a flashback to rock stuff, classic and other, in quick homage to the last 2 weeks of Rock on Can Haz DJ.

Then it was straight into the delicious deep bass, skittery riddims and echoey echos. A really fun, flowing show--I hope you like it! 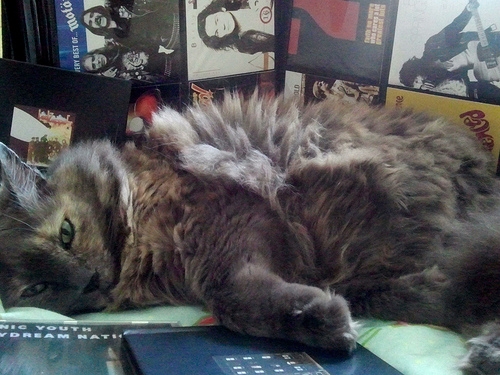 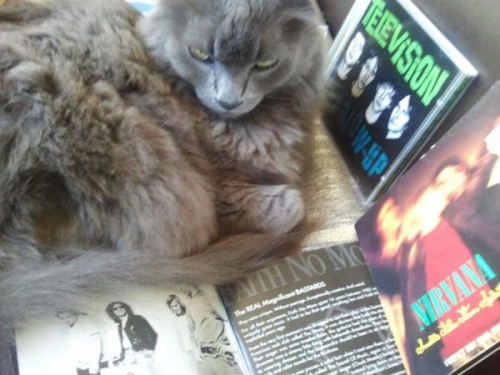 It was pure rock from the 3rd song to 1AM Weds morning (and beyond). From Albini to Zevon and Hooker to Van Halen, Rock in all its flavors of Rock from Cheap Tricks to Jesus Lizards and AC/DC to X. 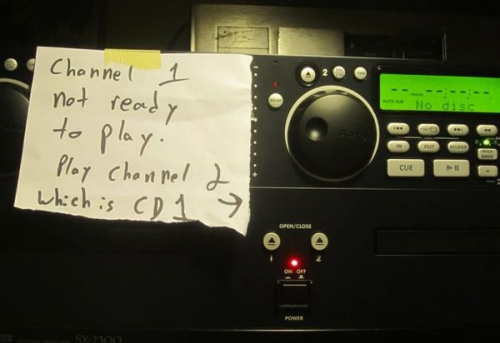 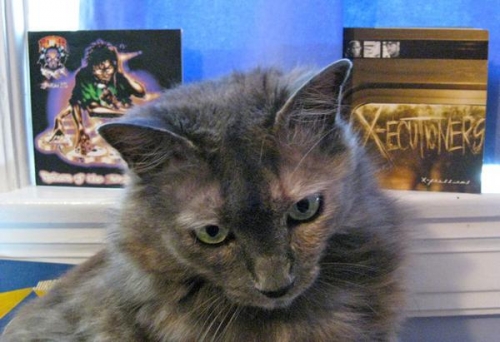 Dylan, Dub, Hip Hop and more
May 24, 2011 10:00pm
download | permalink | chatroom
Mikl-em
Dylan, Dub, Hip Hop and more
Mikl-em Dylan, Dub, Hip Hop and more
Bob Dylan's birthday and the debut of the Highway 61 Revisited feature for the next several weeks. Then a few Lee Scratch Perry related tunes, and a flashback to last week's Ghostly Apocalypse show. After that a nice phat slice of hip hop including turntablist DJs (Rob Swift, X-ecutioners, & Invisible Scratch Piklz) and then finishing up with a dub set. Much fun had by all
Ghostly and Armageddon
May 17, 2011 10:00pm
download | permalink | chatroom
Mikl-em
Ghostly and Armageddon
Mikl-em Ghostly and Armageddon
This week we feature music from Ghostly International ( http://ghostly.com/ ), a great electronic label has been releasing kick ass electronic music for more than a decade. Artists include Michna, Dabrye, Lusine and Kiln.

We were also on the eve of what was supposed to be The Rapture (on 5/21/2011), so I included a few songs about Armageddon and related matters. Including tunes by Bad Religion, Fishbone, Oingo Boingo, and Aldo Nova.

Plus a flashback to the previous week's theme of worldly electronica: Tabla Beat Science, M.I.A., Pablo's Eye, and Balkan Beat Box amongst others. 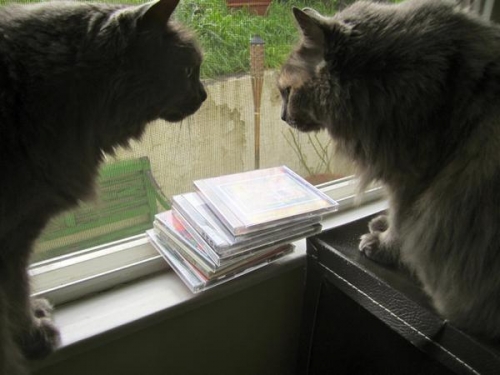 We also flashed-back to piano month, just ended, with one last chunk of great piano players. We played a tune for Poly and one from the newly released Gaiman-Palmer-Folds-Kulash project 8in8, plus a song off the brand new Tied & Tickled Trio CD (who play that catchy CanHazDJ theme song).

12 out of 10 dentists recommend Can Haz DJ, for their patients who chew radio. 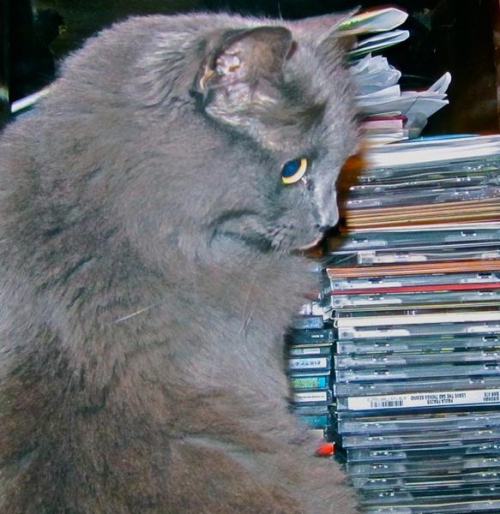 Death is the theme this time: with a dash of murder, a bit of heaven, a blast of hell, and special set of The Stranglers (cuz Hugh Cornwell was just in town). It may surprise you, but it's actually a very upbeat and fun show full of great music, theme be damned as the case may be.

The lineup runs from Oingo Boingo to Charles Mingus, Warren Zevon to Squirrel Nut Zippers to Crime to Chumbawumba to Pavement. Yup, that is wide-ranging.

All that and a flashback to the previous week’s ads N Peel Sessions theme. Then finished the night with a mixed bag of Punk, Jazz, Dub, “Americana” (or whatever you call aged-punks playing banjo through effects pedals), New Wave, select Comedy, and a bit of everything else. Hopefully we did the opposite of making John Peel turn over in his grave. 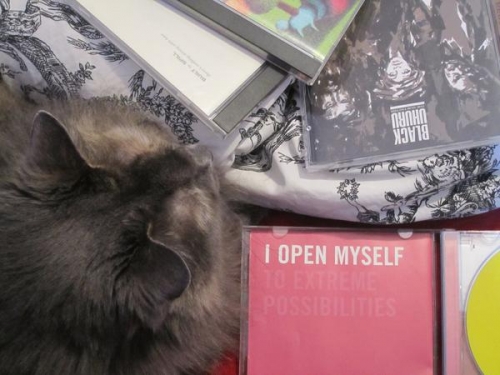 I also fit in a bunch of TV show themes, including the “Bewitched” with lyrics, sung by Peggy Lee. Also I gave a bunch of focus to one of my heroes: John Peel by playing a big fat block of music recorded at Peel Sessions. That included, naturally, a number of songs by The Fall (his favorite band of all time).

Another sub-theme included a farewell to The White Stripes who called it quits the past week. We played 3 tracks they recorded in Peel Sessions. I also fit in a bunch of awesome covers from various Peel Sessions. And finished with a phat lickle dub set. And 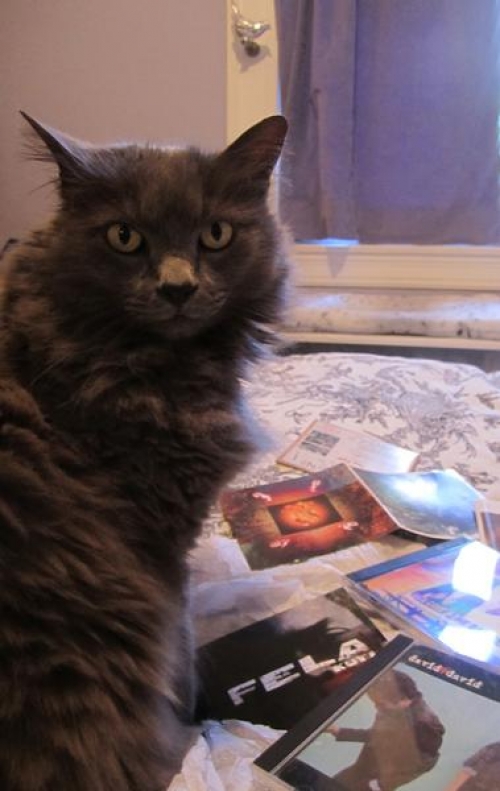 The touchstone for this week’s show is this lesser known album featuring but not led by John Coltrane.

"In 1957, the greatest year for recorded music including modern jazz, Detroit was a hot spot, a centerpiece to many hometown heroes as well as short-term residents like John Coltrane and Miles Davis. It was here that Trane connected with pianist Tommy Flanagan, subsequently headed for the East Coast, and recorded this seminal hard bop album. In tow were fellow Detroiters--drummer Louis Hayes, bassist Doug Watkins, and guitarist Kenny Burrell, with the fine trumpeter from modern big bands Idrees Sulieman as the sixth wheel. From the opening number, the classic "Minor Mishap," you realize something special is happening." 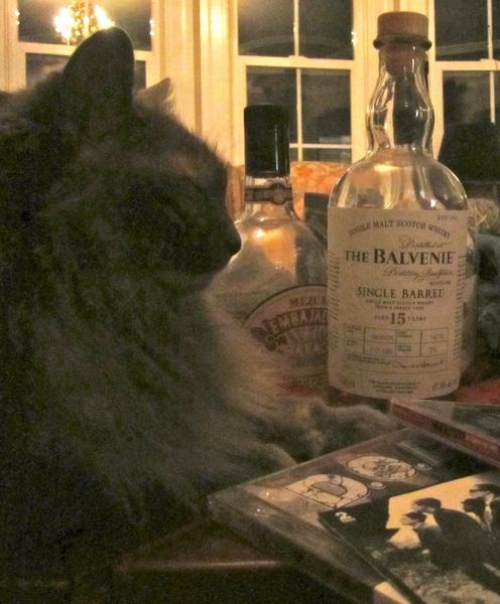 CanHazRelapseSkaPunk
January 25, 2011 10:00pm
download | permalink | chatroom
Mikl-em
CanHazRelapseSkaPunk
Mikl-em CanHazRelapseSkaPunk
The first hour is a flashback to the previous week’s booze-themed show. The alcohol-themed songs range from blues to punk and everywhere in between. From punk-drunk songs we segue to pure old school punk, then to New Wave ska, and then to old school original ska from Jamaica. A lot of amazing old ska follows, then we build into reggae and close out the night with a dub set.