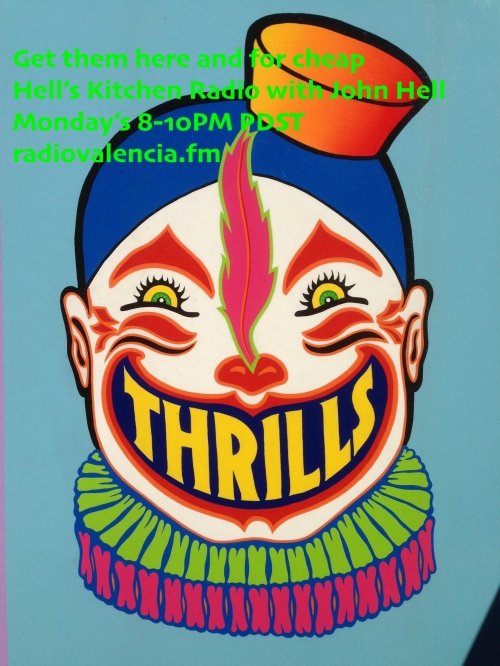 And I won't tell you how to feel about it.

You came for the music. And so did I.

I saw the best show last weekend: Scott H. Biram along with JD Pinkus and Shovelman. I was a Radio Valencia co-presents, which I MCd with Ace from RV. We had the Geezer spinning tunes between acts. What a fabulous show filled three solo acts, each remarkable in their own way. Seeing Pinkus was great, since he and I chat it up a lot on Instagram. It was like visiting an old friend. Shovelman is a local boy, as far a Willits is concerned. But he also used to perform with the Vau de Vier Society, as have a number of friends of mine, so I felt kinship with him right away. And that damn shovel! Who knew?

If you haven't seen Scott H. Biram, then do yourself a fine favor and get out to the show when he's in town. He's got fire and brimstone burning in his soul, right along side the fire of the lord themselves. he can go from gospel blues to Slayer in the same stanza! What a treat!

I really enjoy the co-presents we've been doing at Bottom of the Hill. Come on out Tuesday. April 26th to see Jon Spencer and the HITmakers. It's sure to be a treat. I played some new Jon Spencer later in this here show.

What else did I play? I played music from both Pinkus and Biram, so you'll get a taste of what you missed. There's some African guitar wizardry from Mdou Moctar, new Pink Floyd (yes, I said NEW) featuring Ukranian singer Andriy Khlynyuk, Swedish psych from Dungen, schizophrenic rock from Wesley Willis, 25th anniversary tune from Sleater-Kinney, classic Primus, and re-released The Fall, live from 1981.

You just can't get this in too many places. Allow me to be your one stop musical shop.

See you at the next show. Speaking of next shows, Radio Valencia is gearing up for another live fundraiser at Make Out Room in late June. Stay tune for details.

Tax Man: The Beatles
Wake Up The Sun: Edward Sharpe and the Magnetic Zeros

Is The Season For New Incarnations: Brigid Dawson and the Mother's Network
Tala Tannam: Mdou Moctar
Ljus In I Min Panna (Light in my pan): Dungen

You Look Funny When You Cry: JD Pinkus
Miss You: The Concretes
March of the Cicadas: Carlton Melton

Dig Me Out: Sleater-Kinney
John The Fisherman: Primus
Dawn of the Falconer: Hot Fog

Junk Man: Jon Spencer and the HITmakers
Enemy of My Enemy: All Them Witches
O.G.: Big Business
Totally Wired: The Fall