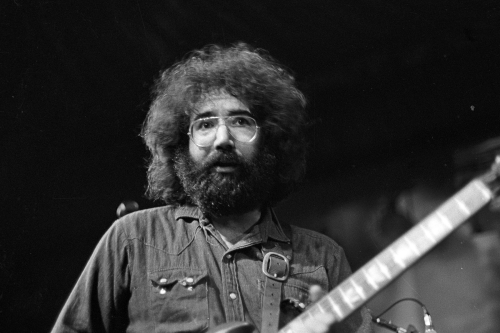 As a huge Dead Freak it's surprising to me that I play so little Grateful Dead and Garcia-related acts on my show. One would think I would saturate the internet with all-things-Dead. Taking a look at the most tagged artists on my blog, the Grateful Dead com in at number three behind the Melvins and Ty Segall. And this is after almost 20 years of this radio blog.


I think I have shied away because you can hear them at any time on any streaming service, and so many radio stations have a specialty Grateful Dead show. Radio Valencia was lucky to host Dead Legs for a number of months! That being said we are currently in what is known as the Days Between. These are the days between the birthday of Jerry Garcia, August 1st, and his passing, August 9th. For us Deadheads this is a sacred time. It's a time to share stories, pictures, our favorite live shows, and hold one another closer, in celebration of the one who took us on journeys we will always be grateful for.

When it comes to Jerry, there are many who haven't taken the time to explore his musical output outside of the comfort of the Grateful Dead. Jerry was known to never put his guitar down. He certainly would have played all night, had the clubs allowed him too. And there were many nights he would show up at an after-hours club, following a Dead performance to sit in with friends into the wee hours of the morning.

In the earlier days, 67-74, Jerry was lucky enough to be able to play the smaller more intimate clubs,

where he could really stretch out, without being hounded as some kind of guru, which he was not! The show I'm sharing tonight is one such place. Jerry, along with organist Merle Saunders, played almost 300 shows together between 1970 and 1975. These were some real precious shows, not to be missed.
The show tonight, November 02, 1974, from the Keystone in Berkeley, is a real treasure. I have often stated that seeing Jerry without the Dead is like going to Church. And John Hell is NOT a religious man! If there is a Goddess then it's in the music created by Jerry and the musicians he surrounded himself with.

Give this two hour show a listen and see if you disagree.