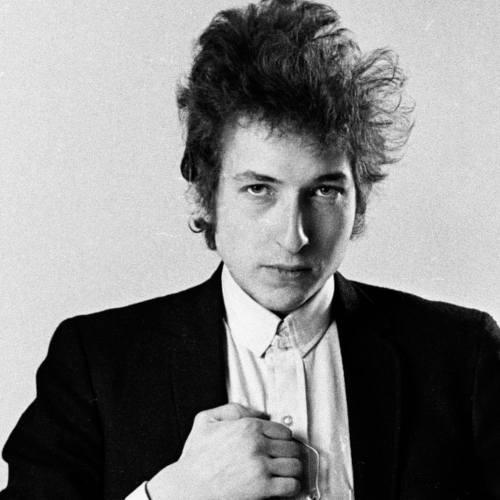 The song, "Stuck Inside of Mobile (with the Memphis Blues Again) took me on a journey that keeps showing itself in greater and more dynamic ways over 35 years later. Bob Dylan showed me that there is more to music than what shows up on the music directors list of approved songs. It's possible this was the song that propelled me deeper into my love of the art of radio?
I think I had my dad take me to Rasputin Records in Pleasant Hill so I could buy whatever record that song is on. I couldn't locate Blond on Blond that day, but I did come home with the next best thing, Highway 61 Revisited. I swear I wore that copy out in a matter of months. I felt that I had discovered this deep secret: brilliant music can be longer than 2:50 long.

Along my musical journey, discovering the joy of so many great artists across numerous genres, I have always gravitated back to Dylan. How many people have said this? How many essays have been written about the man and his lyrics, not to mention the myth of BOB DYLAN? I like not being able to separate fact from fiction when it comes to his persona. I don't care to know the "real" Bob Dylan, when the shaman is much more interesting. And isn't that really what he's going for anyway?
Now, if I could just travel back to that innocent 12 year old version of me laying in bed being woken by the brilliance of Dylan, just for one moment.

I've been asked countless time what my favorite Dylan album is, and I have to go with "Blood on the Tracks". It's a summation of everything that came before, in terms of his prose. And it's filled with emotion regarding the end of his marriage. You can feel his heart in every beat. All of his albums come close, but this one really does it for me.

What's your favorite Dylan album? Leave a comment, and please share this with all of your Dylan-loving friends.

I merely scratched the surface with this show.
If you missed my 6-8PM live bootleg show, you can catch it by going here. I played the 90 minute "Judas" show from May 17, 1966, followed up with a few tracks from the 1975/1976 Rolling Thunder tour, and a track from the 1986 Dylan/Petty tour.

So much Bob Dylan for your earholes!!!

If you're looking for some reading material that'll fill up an afternoon, Rolling Stone has opened up their archives of many (all?) their Bob Dylan reviews and interviews.

It's Alright Ma, I'm Only Bleeding
Sitting on a Barbed Wire Fence (Killing Me Alive)

Meet Me In The Morning (New York Sessions)
Stuck Inside of Mobile (with the Memphis Blues Again)
I Dreamed I Saw St. Augustine

Million Dollar Bash
Romance in Durango
It Ain't Me, Babe, with George Harrison

I Shall Be Released: The Band
Just Like A Woman: Nina Simone

Political World: Bob Dylan
I'm Not There: Sonic Youth
I Wanna Be Your Lover: Yo La Tengo