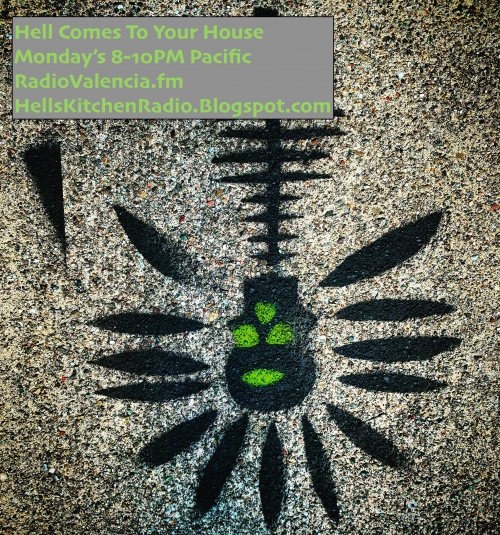 I had seen the Rowdy Roddy Piper film "Hell Comes to Frogtown", a post-apocalyptic tale about a guy who survived the devastation and now needs to save all of these extremely hot women (of course), being held in captivity by the Frog King. I love Rowdy Roddy Piper. He was always my favorite wrestler. Pipers Pit was the best part of WWF on Saturday afternoons. And "They Live" will always be a classic. "I've come to chew bubblegum and kick ass. And I'm all out of bubblegum". I mean, come on! Anyway, I thought Piper's name in "Hell Comes To Frogtown" was John Hell. And I thought "Hell YES!", what an excellent name for RFBM. Ends up his name was Frank Hell. That's super lame. No. So John Hell it was and it shall remain, even if Discovery Channel decided it was to adult for their precious little cable outlet and changed it to "Helle" for the four hour "Power Tool Drag Races" special. Whatever, I got paid.

Initially I was thinking Hell would be all in your face; especially for Burning Man. I was purposely insulting to the organization, just to keep them honest. Now that John Hell about to turn 27(?!?!?!?!) he's much more reserved and sly. I like to poke fun in a more political manner, and to myself. Just what you've come to know and love. You do love me, don't you? (crickets)

As for this show, lot's of new music, Kate Vargas, the Scientists, Angel Bat Dawid, Gojira, Negativland, and Oh Sees. And everything else is gravy.

Also, you get a treat, one of my oldest and greatest friends is about to start a brand new show Wednesday's 10-midnight (Pacific) on Radio Valencia. His moniker is The Alchemist. The show is a mouthful: Conflux Cornucopia Cerebellum Cocktail Hour! The Alchemist is a walking musical encyclopedia. I know you're going to dig his show. He took over a couple sets in the second hour of this show. I marked it so you know. You're welcome.

I Will Miss the Jasmine: Shannon and the Clams
Interstellar Overdrive: Pink Floyd

Science of Suave: The Scientists
Let There Be Dark: Dark Carnival

Black Family: Angel Bat Dawid and Tha Brothahood
***The Alchemist Set***
I Am A Husk: The Mercury Tree
Seven Ways Til Sunday: T.R.A.M.

Heavy Like A Witch: All Them Witches
Cheating the Polygraph: Porcupine Tree
Atheists Have Songs Too: Rykarda Parasol

***John Hell takes back the reigns***
He Keeps You: Boscoe
Create the Visitor: Negativland