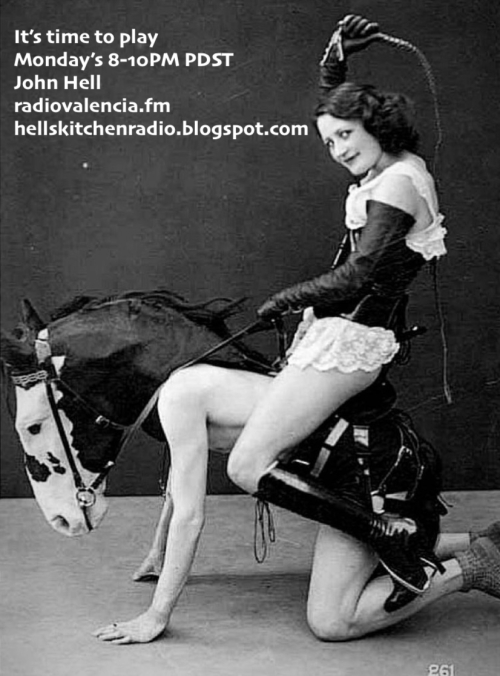 I do not spend much time in the Tenderloin. Other than seeing shows at the Great American Music Hall, a few services at Glide, or taking my students on a field trip to the federal courthouse (which is more Civic Center than TL), this just isn't a place I like to find myself. It's not that it's crime-infested. It's junkie-infested. And why? This is where the treatment centers are located!

It's that energy I just can't be around.

And here I thought I knew (almost) everything about the history of music in San Francisco.

Stephen brought the exhibition curator Dale Hoyt over to the RV studios to talk about the show and some history of the TL that was music to my ears. There is a lot of information over at the museum website, and some great shows coming up in support of the exhibit, including our friends Flipper at Great American Music Hall, May 26th.

Let's all go on a field trip to the Tenderloin Museum to check out this exhibit together. Just watch out for the needles.

Radio Valencia is a self-funded endeavor. If you are enjoying our shows, I'd like to ask you to donate a few dollars our way. The link on the homepage will take you to our PayPal, which is hosted by SFIndyMedia, our non-profit benefactor. All donations go to Radio Valencia. Thank you in advance.


We have a fundraiser coming up, Sunday, March 27th, 4-10PM at Make Out Room, 3225 22nd Street, in SF. They're our next door neighbor! This is going to be a ton of fun. Come on out and celebrate your favorite freeform, non-commercial, streaming-only radio station: Radio Valencia. We'll have some merch on hand.

Who Stole The Keishka: Polkacide
Double Dare Ya: Bikini Kill