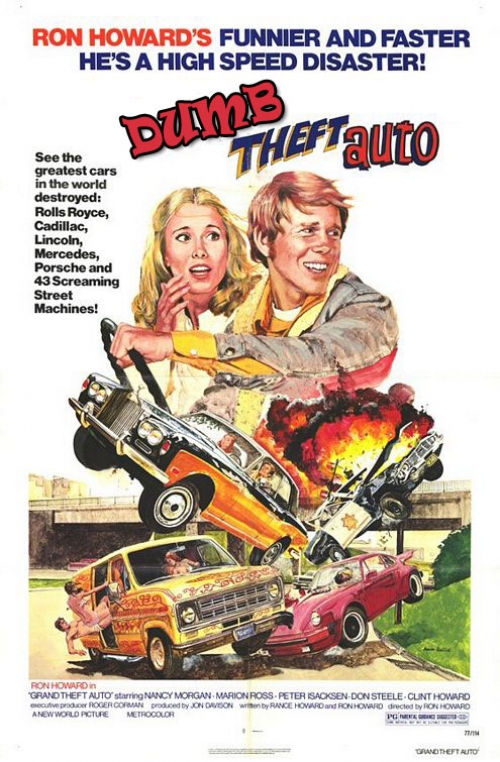 Karen Carpenter, Bob-Marc, and Sherilyn Connelly (along with pit crew KrOB, Puzzling Evidence, and the Real Don Steele) are in hot pursuit on FINAL BROADCAST of NOSE HAIR LINT GLAND! See 93 cars destroyed in the most incredible chase ever filmed: Rolls Royce, Cadillac, Lincoln, Mercedes, Porsche, and 43 Screaming Street Machines! It slams you on a full-throttle ride you'll never forget!

It's a love story with cars. Also, it's a comedy...with car crashes. Ron wrestles his red-hot Rolls onto two wheels into a spectacular chickie-run with a whirlybird! You've never seen such goings-on!

NOSE HAIR LINT GLAND: Having popped the clutch, we would now like to kindly ask the world to eat our dust.