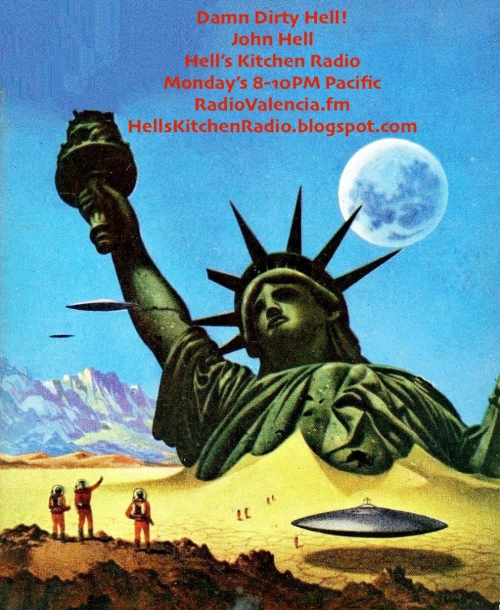 I don't look at compilations for songs that have been previously released. Sometimes the joy of a good comp is that rare track, the alternative take (some of which is obvious why it was never released in the first place), guest musicians, and the such.

I enjoy covers a lot, and if you tune in regularly you're aware of this. There are times when I dig deep for the original; much of the time it's an old blues take.

There are no fewer than ten covers tonight, and a few alternate and rare takes thrown in too. Check out the Richard Hell set, featuring his early days with Tom Verlaine (Neon Boys and Television). He also recorded a record with Steve Shelley and Thurston Moore of Sonic Youth: Dim Stars.

Check out the birthday tribute to Phil Lesh, who turned 81 on Monday, featuring a cavalcade of "stars" covering a rarely played Grateful Dead tune, "Unbroken Chain". I posted the video from this session at the bottom of this post. It's well worth the listen and the viewing.

There's also a birthday tribute to Sly Stone who turned 78 on Monday.

I could go on and on about the sets I played, but I think you're here for the music. In a rare twist, there aren't any new releases in this show. Next week I'll throw down some new music for you dig.

Beyond and Back: X
Silver Wings: The Knitters
Gold and Silver: Quicksilver Messenger Service

Love Is Something: Brides of Funkenstein
The Revolution Will Not Be Televised (alt take): Gil Scott-Heron
Ballad of the Soldier's Wife: PJ Harvey
What Keeps Mankind Alive: WS Burroughs - Anthony Coleman, Selfhaters Orchestra
Why Don't We Do It In The Road: Lydia Lunch