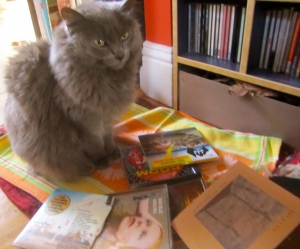 I Get My Kicks For You by June of 44 from Engine Takes to Water
Shang Vs Hanger by Three Mile Pilot from The Chief Assassin To The Sinister
Exit Only by Fugazi
Is This All There Is? by Firewater
Valmead by Bitch Magnet
Brown Dragon by Dieselhed
Pernod by Action Plus
Chicken Story by The Billy Nayer Show
Radar Love Lizard by Rapeman
Queen Bitch by David Bowie
Horseleg Swastikas by The Silver Jews
Raisin' Hell Again by Scott Biram
Mountain Energei by The Fall
Cascade Express by The Magic Magicians

A Todos Ellos by Mexican Institute of Sound
Avante by Michna
...