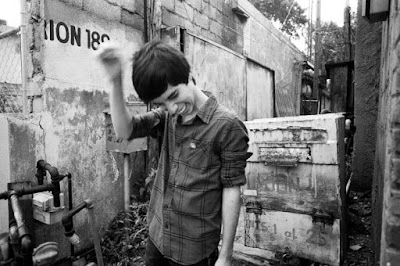 On this week’s Radio Coyote we feature music from Hypnomango’s new self-titled EP and a whole lot more.

Influenced by bands like Muse, The Strokes, and Sonic Youth, Hypnomango or Rene Rodriguez has teamed up with Mou (Bam Bam, XYX) of Nene Records out of Monterrey to create a 5-track debut EP which dropped earlier this month.  If you’re a regular listener to the show you’ve probably heard their single “El Mundo No Es Real”
Stream another of my favorite tracks from the album which can be downloaded for free at NeneRecords.net
Hypnomango – No Puedo Salir al Mar
Radio Coyote with Sweet Jesus is broadcast live from the Mission District in San Francisco and can be heard on RadioValencia.fm every Friday between 2:00-4:00 (pst)
Please support these artists! Most of the music featured on the show can be downloaded for free through netlabels like Delhotel Records, or great music blogs such as Remezcla Musica and Club Fonograma.