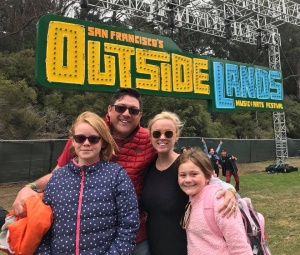 We Will Rock You by Queen from News of the World

Dancing on my own by Robyn from Bodytalk

Mother & Father by Broods from Evergreen

Shadows of the Night by Pat Benatar from Get Nervous

Sure Shot by Beastie Boys from Ill Communication

Next Year by Two Door Cinema Club from Beacon

Wanna Be Startin’ 'Something by Michael Jackson from Thriller

Must've been by Chromeo, DRAM from Head Over Heels

Mine by Taylor Swift from Speak Now

Fake Empire by The National from Boxer

Off My Mind by The Famous from Come Home To Me

COPYCAT by Billie Eillish from dont smile at me

Writing To Reach You by Travis from The Man Who

Planet Telex by Radiohead from The Bends

Blitzrieg Bop by Ramones from ramones

Going Down On Love by John Lennon from Walls And Bridges

Chicago by Groove Armada from Vertigo