Stream Some Musical Surprises, HERE!
Download Hours (2!) of Aural Enjoyement, HERE!
Listen into all my shows here.
You can subscribe to my show through iTunes here.

Have you heard the news, it’s all over town. If you ain’t heard it boy, you better sit down. Er, um…sorry about that. I shouldn’t use 70s-era Bob Segar lyrics to draw your attention, even though it sure got the boys to take note of Betty Lou; amIright?!?!?!?! Of course I am.

This year I have recommitted to featuring my ever deepening obsession with live music. The second hour features live tracks from Dylan. Garcia, Bob Marley and more. Also, some brand spankin’ new Ty Segall. I counted and I see that I now own 20 Ty Segall LPs and 8 45s. Do I get a medal for something like that? 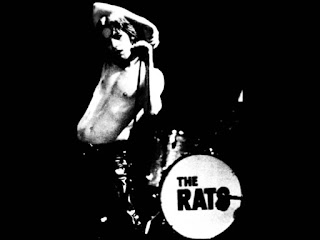 If you’ve never heard of Wylde Ratttz before, then join the club. I just “discovered” this super group recently and I really have to wonder what rock my head was under when these guys appeared 20 years ago. In short, the band was a side project featuring Mark Arm (Mudhoney), Thurston Moore and Steve Shelley (Sonic Youth) Mike Watt (Minutemen), Ron Asheton (Stooges), Don Flemming (Velvet Monkeys), and Sabir Mateen. They mostly covered Stooges songs, Pretty Things, and couple of originals. The music was also used for the movie Velvet Goldmine, with Ewan McGregor taking on the lead vocals. There was some hype about the fact that on the original soundtrack Mark Arm’s vocals were replaced with McGregor’s to the dismay of the band. You can read about that here. Again, where the hell was I in 1998 when all of this was happening? Oh right, I remember. Ugh, that’s for another post, on another blog, in another universe, in another dimension.

Maybe I’m Amazed: The Faces
Stars and Stripes of Corruption: Dead Kennedy’s
Get It Together: James Brown