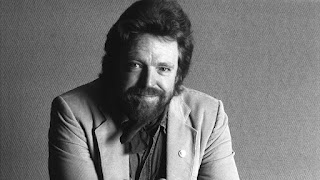 Stream the Celebration HERE!
Download the Jams HERE!
Listen into all my shows here!
Subscribe to my show, via

John Perry Barlow was a maverick in the ways of songwriting and internet freedom. Called “the uncrowned poet laureate of cyberspace,” and “equal parts beat poet and P.T. Barnum”, co-founder of the Electronic Frontier Foundation, Barlow understood the importance of a free and accessible internet, open to all. As songwriting partner of the Grateful Dead‘s Bob Weir, he collaborated on some of the band’s most beloved tunes. He was a gentleman, a showman, a rowdy conspirator, and jack-of-all trades. The world is a better place because of him.

We’ll carry on the fight from here, John. RIP.

The tunes below are some of the absolute best versions performed. Links are provided for each show.

Feel Like A Stranger: October 12, 1984 Augusta Civic Center, Augusta, ME

John Perry Barlow wrote the Principle of Adult Behavior as standard code of conduct when
he was 30 years old.

1. Be patient. No matter what.
2. Don’t badmouth: Assign responsibility, not blame. Say nothing of another you wouldn’t say to him.
3. Never assume the motives of others are, to them, less noble than yours are to you.
4. Expand your sense of the possible.
5. Don’t trouble yourself with matters you truly cannot change.
6. Expect no more of anyone than you can deliver yourself.
7. Tolerate ambiguity.
8. Laugh at yourself frequently.
9. Concern yourself with what is right rather than who is right.
10. Never forget that, no matter how certain, you might be wrong.
11. Give up blood sports.
12. Remember that your life belongs to others as well. Don’t risk it frivolously.
13. Never lie to anyone for any reason. (Lies of omission are sometimes exempt.)
14. Learn the needs of those around you and respect them.
15. Avoid the pursuit of happiness. Seek to define your mission and pursue that.
16. Reduce your use of the first personal pronoun.
17. Praise at least as often as you disparage.
18. Admit your errors freely and soon.
19. Become less suspicious of joy.
20. Understand humility.
21. Remember that love forgives everything.
22. Foster dignity.
23. Live memorably.
24. Love yourself.
25. Endure.

HOW MANY OF THESE RULES DO YOU STRIVE TO LIVE BY?